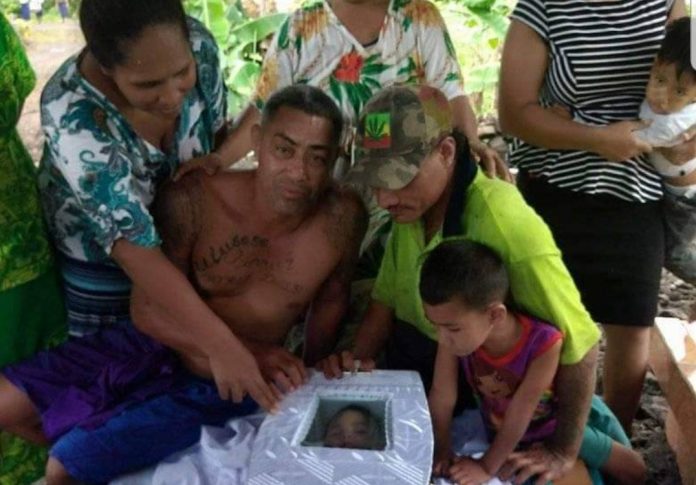 Samoa’s latest infant to pass away from the measles was laid to rest at Fagaee Savaii by his parents, grandparents and family members who described him as their “family’s angel”.

The parents of three month old Salvation Hicks had taken their son to the hospital four times before he was finally admitted on their fifth visit to the TTM national hospital at Motootua.

Salvation was admitted to the Intensive Care Unit of Motootua hospital on the 23rd of December 2019. It was the 5th time his parents had taken him to the hospital within an eight day period. Tupu and Lisa Hicks were given medicine and told to return home each time.

Salvation died on the 2nd of January after a 10-day uphill battle against the measles and severe pneumonia.

Baby Salvation was given a burial fit for an angel with a marching band leading the procession from church to hia final resting place.

The New Zealand based ASA Foundation had earlier in the month provided his parents a baby casket and paid all expenses to Sefos funeral parlour.

His 28 year old father, Tupu Hicks posts, “We thank God for everything, rest in peace my lovely son. Never ever forget you son. Gone from home but always in our hearts.”

Unanswered questions remain regarding the number of times Salvation was taken into hospital by his parents seeking help, and whether he would still be alive today had he been admitted for treatment earlier.

Salvation’s farher says, “it is hard to forget the suffering our baby endured if I think about the many times we brought him to the hospital”.

“The doctor said, if he had been admitted earlier it would not have escalated to ICU.”

Family members have flooded social media with posts to farewell a much loved baby boy. 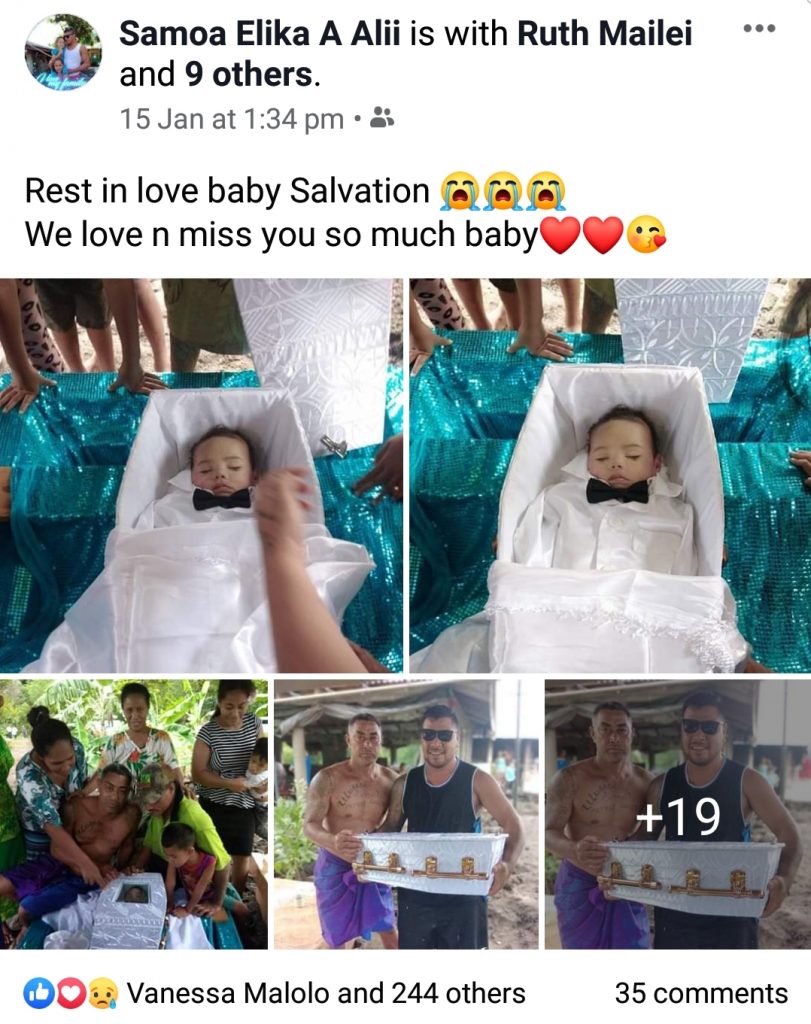 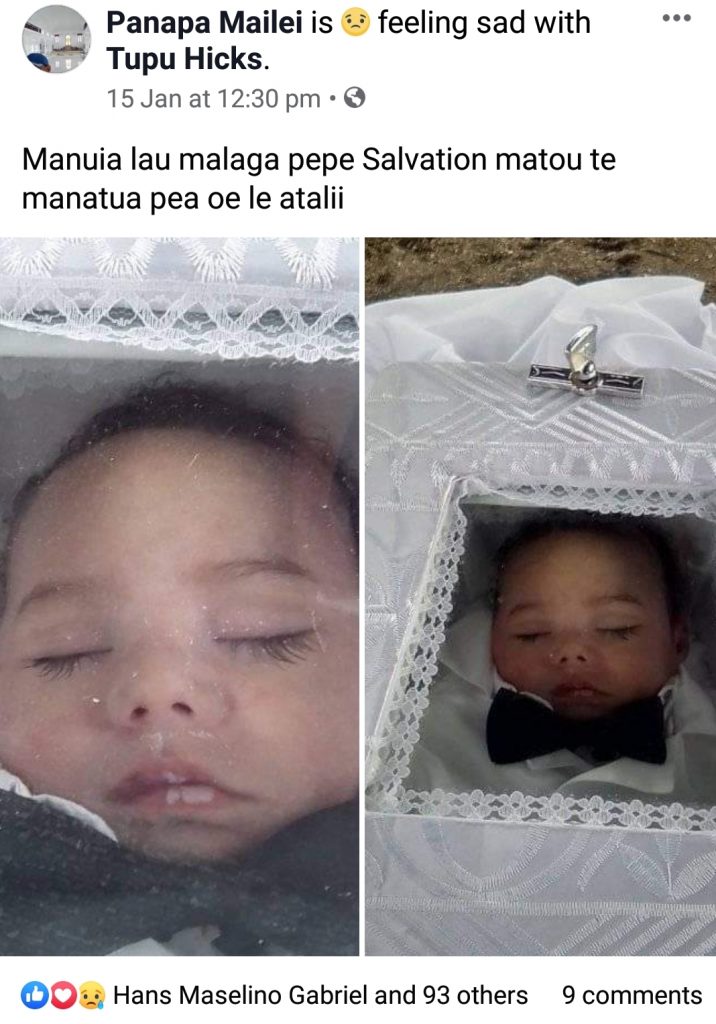 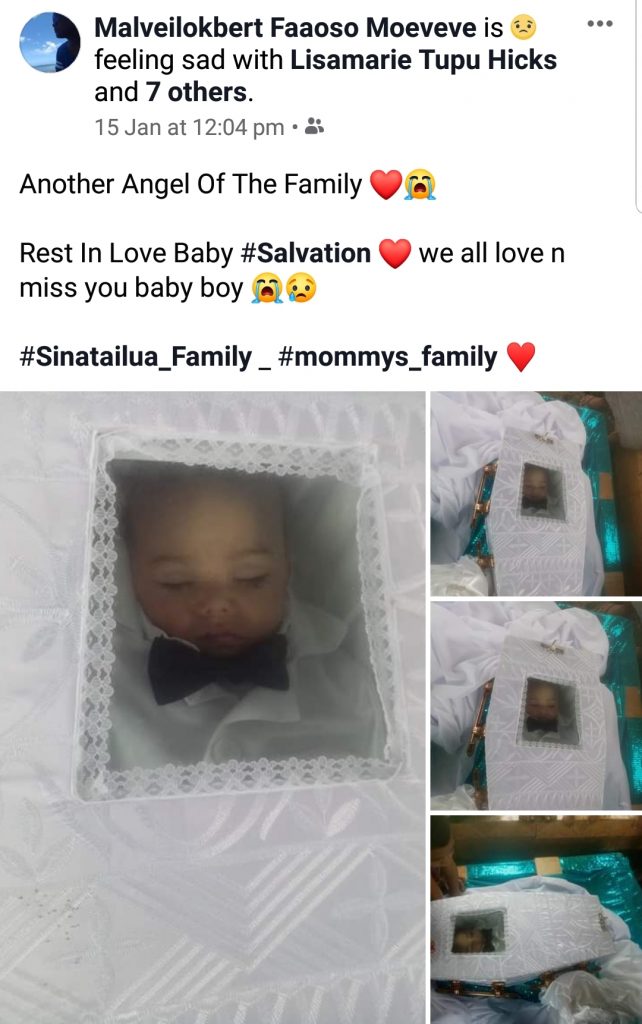