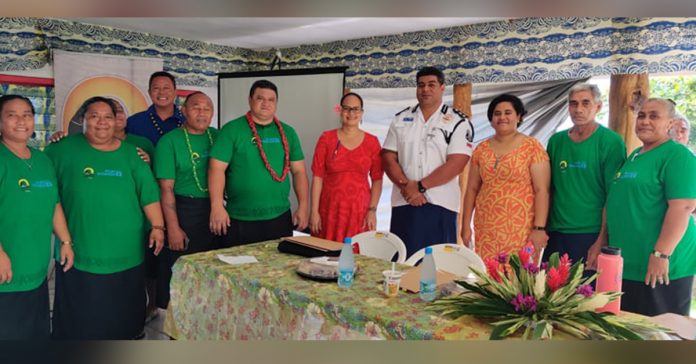 Apia, 1 April March 2021: The Office of the Ombudsman also the National Human Rights Institution of Samoa in collaboration with the Samoa Police and Prisons Service and the Office of the Regulator are spearheading efforts to raise community awareness in selected villages regarding the exercise of the freedom of speech and opinion and its limitations and to promote the safe use of technology and social media. The program is also an opportunity for the Office to consult on this matter which will inform its State of Human Rights Report 2021.

The community awareness programme is being rolled out in the 6 villages (Saleia, Taga, Asau, Vaiee, Lotopue and Lalovi Mulifanua) that are part of the Village Family Safety Committee Pilot Project 2020/2022. A Pilot Project that was initiated by the Office of the Ombudsman from Recommendation 20 of its National Inquiry into Family Violence Report 2018 which suggested the creation of village based credible mechanisms to assist Village Fonos in leading family violence prevention initiatives to address family violence in their respective villages.

The community awareness programme kick-starts a series of programs and activities by the 6 Committees to deliver on and implement initiatives outlined in their family safety committee’s workplans that was launched last year with the assistance of the Office and its partners.

One of the contributing factors or triggers of family violence commonly identified by the 6 Committees was the misuse of technology particularly social media to exercise the freedom of speech and opinion negatively impacting on relationships and harmony of families and exposing young people to violent behaviours and attitudes.

The villagers identified and referred to a series of real-life scenarios of family violence matters that have been brought before their Village Fono where the underlying origin of the violence came as a result of the incorrect exercise of the freedom of speech and opinion to launch verbal insults, defaming others, threatening words amongst individuals and groups through various mediums such as Facebook and other social sites causing conflicts within families and villages.

It was important for the programme to firstly address the misunderstanding of the distinction between causes and triggers. Such distinction is not often made but it is crucial to do so as classifying triggers as causes can often shift responsibility away from the perpetrator and contribute to the continuation of violence.

Secondly, it was important to drive home the key message that freedom of speech and opinion is not an absolute right as many have come to believe and that limitations of this freedom are set out by our national laws to promote public order and harmonious societies.

Director of Human Rights at the Office of the Ombudsman, Loukinikini Vili-Lewaravu said it was important for people to understand that freedom of speech and opinion is a freedom of an individual or a community that is utmost to our daily lives and our interaction with others however, we all have a responsibility to each other in the way they are exercised and technology should not be used as a medium to wrongly exercise this freedom to spread misinformation with the intention to insult, threaten or defame another person.

The Ministry of Police and Prisons touched on important aspects on the legal limitations of such freedom including the laws relating to the misuse of such freedom and its associated penalties. The Office of the Regulator shed light on the overall positive impacts of social media and technology, as well as its negative impacts which are determined by how people use it.  Technical methods and tips were shared with participants to ensure safe online use and access for young people, as well as the role of parents to ensure that children are being monitored and protected from indecent and harmful online materials and predators online.

“This Pilot Project is a joint partnership with relevant agencies to assist these villages deliver awareness workshops to address issues they raised that are contributing factors to violence in their homes,” said Ms. Lewaravu-Vili.

The first awareness workshops of activities commenced this week with Lalovi Mulifanua, Vaie’e and Lotopue Aleipata in Upolu and will continue in selected villages in Savaii next month.