Samoa Observer’s award winning editor has resigned after more than two decades with the daily newspaper.

Mata’afa Keni Lesa joined the Samoa Observer in April 1999 as a Junior Reporter, and within seven years, had moved up the ranks to his appointment as Editor; a position he has held for the past 15 years.

Amongst his many achievements and awards, Mata’afa was the first Pacific Islander to win the prestigious Boerma Award by the United Nations Food and Agriculture Organisation in 2017, for his reporting on food security.

Mataafa has also been recognised by the United Nations for upholding gender equality and giving a voice to victims of violence, as well as numerous awards by the Journalism Association of Samoa (JAWS).

A true laui’a of the journalism industry, Mata’afa was given the rare opportunity to host a one-on-one interview with President Russell M. Nelson and his wife Wendy, during their visit to Samoa in May 2019. 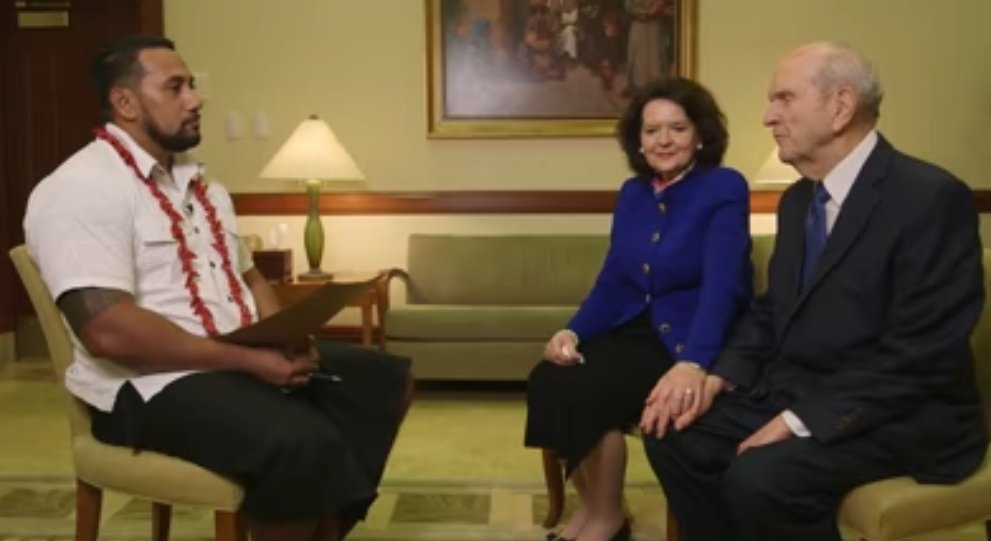 Samoans local and overseas will have memories of Mata’afa’s writings and reports over the last two decades as political correspondent, sports editor, news editor and of course – his tell-it-as-it-is editorials that have challenged the status quo and pushed boundaries of Samoa’s decision makers and policy setters, over the years.

Mata’afa’s career has spanned major events in Samoa’s history such as the 2009 tsunami. As one of the first journalists to arrive on site. His vivid description of what he saw and experienced that morning and in subsequent weeks would be  republished widely by international media outlets and organisations.

The award winning editor says there was never a dull moment and the most rewarding part of the work was to see the change in people’s lives through empowering them to tell their stories.

“Whether it’s helping someone build a new fale, giving food to people who need it or enabling a family to send a sick relative overseas for medical treatment, those are things I would remember…

“It’s about empowering people to find their voice and tell their stories..

“Also, I’ve worked with so many people who have gone on to do great things in life, just being able to help them along the way is greatly rewarding.”

Mataafa says he will always cherish the time he has had with the Samoa Observer, but feels it is time to move on.

“I believe in a God of times and seasons,” says Mata’afa.

“I am grateful for the season I have enjoyed with the Samoa Observer and I will always cherish it but it is time for the newspaper to take another step, and for some new faces and new talent to take over and shine..”

Mata’afa reflects on his journey and the challenges of getting a daily newspaper out on time, and pays tribute to those who have supported him over the years.

“I have the greatest admiration for all my colleagues in the newsroom, layout, printing, advertising, sales, accounts, production, including the newspaper sellers on the streets and I will miss them. I want to thank them for all their hard work..

“I also want to thank our dear readers for their loyalty and support..

“To anyone I might have offended and wronged, I ask for your forgiveness.”

“Looking back now and thinking about the magnitude of the work, the challenges day in and day out, the successes and all that a daily newspaper entails, I marvel at the grace of God, his faithfulness and the commitment by Gatoaitele and Muliaga to Samoa during the past 42 years..

“I want to thank Editor-in-Chief Gatoaitele Savea Sano and Publisher Muliaga Jean Malifa from the bottom of my heart for the opportunity to be part of this great establishment for nearly 22 years and the privilege of being Editor for nearly 15 of those years..

“I take this opportunity to thank my villages of Salamumu and Papa Sataua, my Apia Harvest Centre church, and my families of whic h I have many in Samoa and all over the world. Thank you for your prayers and support..

“Thank you for understanding the demanding nature of my work and when I have to leave to put the paper to bed. I appreciate you all. In this business, it is a lonely walk, it is a lonely life but you have one or two friends you cry and laugh with..

“I thank my wife, Laufa and my two girls, Fina and Lania for being there always for me, waiting for me every night, no matter how late..

In a joint statement, the founders of Samoa Observer Gatoaitele Savea Sano Malifa and Muliagatele Jean Malifa thanked Mata’afa for his contribution to the newspaper over the past two decades.

“He has worked in the service of the readers of the Samoa Observer for a long time and for that we thank him and wish him all the best as he moves on.”

Mataafa says he looks forward to having free weekends, and will now focus on spending more time with his family.

“I’m looking forward to a good break and spending the weekends with family. I believe God orchestrates our steps, and he knows what’s next”.

The team at Samoa Global News extends our best wishes to Mata’afa for the next season of his journey. Thank you for the great reads over the past 22 years!