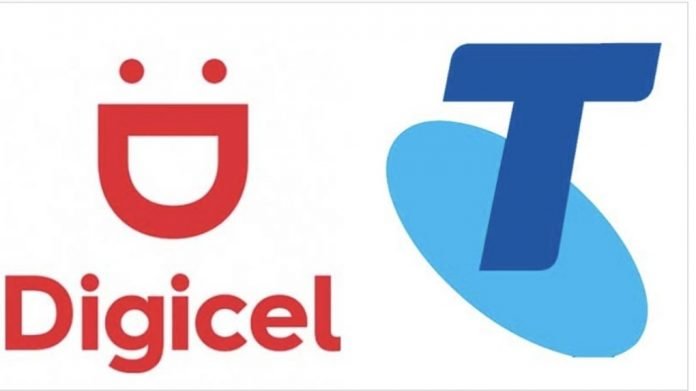 14 July 2022: Australia’s largest telecommunications and technology company, Telstra Corp Ltd (TLS.AX) has today announced it has officially acquired Digicel Pacific in partnership with the Australian Government which funded US$1.33 billion of the $US1.6 billion (AUD$2.4 billion) purchase price.

A press release issued in Samoa states that Telstra will continue to invest in and operate the business across its six South Pacific markets – Papua New Guinea, Fiji, Nauru, Samoa, Tonga and Vanuatu.

Oliver Camplin-Warner, Telstra International CEO, says the deal, was an exciting milestone for the Digicel Pacific business and its customers in Samoa.

“We’re very pleased to welcome Digicel Pacific into the Telstra family. The Digicel Pacific team in Samoa have amazing local expertise and are leaders in digital experiences for their customers. Together, we’ll work to ensure Digicel remains the top provider in Samoa,” he said.

Mr Camplin-Warner confirmed there wouldn’t be any local job losses in the Pacific as part of the acquisition and the current Digicel Pacific team would continue the day-to-day running of the business.

“Digicel Pacific will still have the same people and products that their Samoan customers know and love today,” he said. “Telstra will add to these strengths with our more than one hundred years’ experience building and operating the largest mobile network in Australia, and our operations in more than 20 countries world-wide.”

Shally Jannif, Regional CEO, Digicel Pacific Hub Markets, said Telstra’s expertise in rolling out a world-class network and connecting remote communities would greatly enhance the work to date of Digicel and benefit the people and businesses of Samoa.

“We’re looking forward to Telstra applying its network experience as well as its innovation and technology solutions to Samoa to continue increasing connectivity in the region.”

Mr Camplin-Warner said the values of both Telstra and Digicel Pacific were a natural fit, with the companies committed to working together to build a connected future for everyone.

“We strongly believe we are “better together”, and this includes how we both work to support some of the most vulnerable in our communities,” he said.

Mr Camplin-Warner said Telstra had been working closely with Pacific Governments and regulators on the acquisition and thanked them for cooperation and support.

In a statement from Australia’s Department of Foreign Affairs and Trade, Foreign Minister Hon Penny Wong said the Australian Government’s support for this transaction reflects its commitment to help build a stronger Pacific family through investment in high-quality infrastructure.

“Telecommunications and digital access are critical to sustainable economic growth and development outcomes into the future,” said Wong who had visited Samoa in June.

DFAT states in a release, “The Australian Government welcomes today’s announcement by Telstra of the finalisation of its acquisition of Digicel Pacific..

“Digicel Pacific is the leading mobile telecommunications and network services provider in the Pacific and plays a vital role in the economic development of the Pacific region..

“The Government is providing USD1.33 billion in a financing package, through Export Finance Australia (EFA), to support Telstra’s commercial acquisition..

‘Telstra will own and operate Digicel Pacific”.