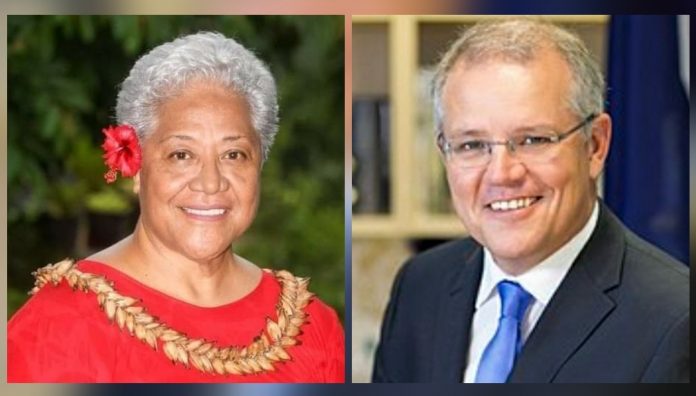 A decision of Samoa’s Court of Appeal handed down Friday afternoon by Chief Justice Satiu Simativa Perese in his role as President of the Appeals Court brought an end to Samoa’s polirical crisis by declaring the newly established Fa’atuatua i Le Atua Samoa ua Tasi (FAST) political party as Samoa’s recognised government.

In a statement issed this morning Hon Scott Morrison says Australia acknowledges the decision of Samoa’s Court of Appeal on 23 July 2021, “which recognised the validity of a swearing in held under a tent outside Parliament house on 24 May 2021.

“We commend the institutions of the Samoan Government and the Samoan people for their patience and for allowing the democratic, constitutional and legal processes to take their proper course”, reads the statement.

As if anticipating further delays to Samoa moving ahead with its new Government, now four months after its 9th April general election, the Australian Prime Minister calls for “all parties” to comply with the Court of Appeal decision.

“Following this final decision of the Court of Appeal it is important that all parties in Samoa respect the rule of law and the democratic process and comply with the directions of the Court. We look forward to all Samoa’s elected members participating actively in the new Parliament.