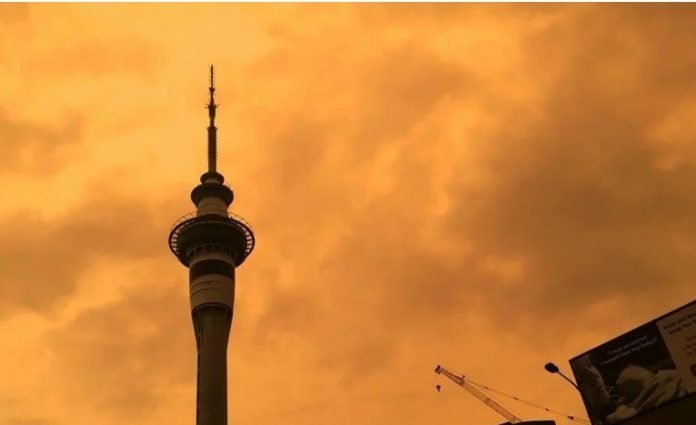 By Kayla Epstein, Washington Post. The giant plume of smoke made its way across the Tasman Sea, spawned by the rampaging Australian wildfires and borne on a quick jet of westerly winds. By Sunday afternoon, it had blotted out the sun in Auckland, New Zealand, and tinted the light an ominous rust.

It was, as one Auckland resident put it, “proper apocalyptic.”

At least 200 fires are burning in southeast Australia, and the impacts have ballooned to a global scale. Smoke pollutes the air as far away as South America, and images of residents and wildlife fleeing the blaze are rocketing across the social-media world.

New Zealand, which is just over a thousand miles away from Australia’s southeast coast, experienced its fair share of side effects last week. Bands of incoming smoke caused eerie sunsets and turned snow on its mountains coffee brown.

Auckland, which is about 1,300 miles from Sydney, was infiltrated with smoke at about 2 p.m. local time on Sunday, according to Weather Watch.

The New Zealand Met Service shared satellite images that showed a brown plume of smoke blowing directly into the country’s northern provinces. Forecasters expected the smoke to clear by Monday. 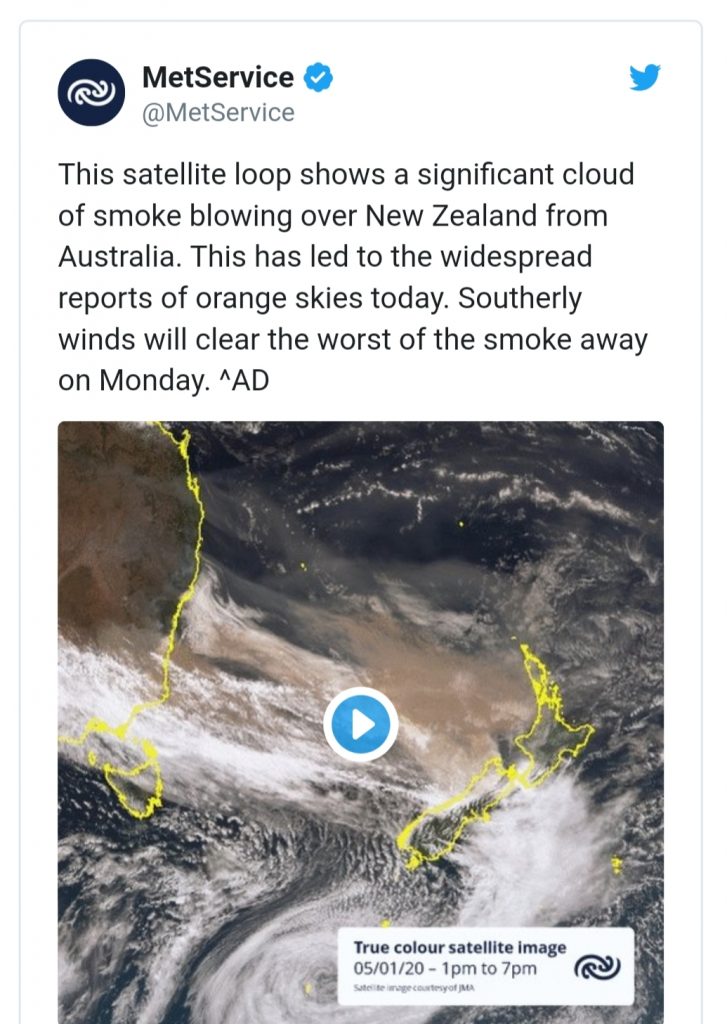 Professional tennis player Michael Venus posted a photo of his practice session, the stadium backlighted by a dramatic orange haze.

The glowing skies were a reminder of the disaster that has claimed at least a dozen lives in Australia over the past week and burned an area the size of West Virginia so far this season. Climate change has led to conditions that are particularly ripe for fires. In 2019 Australia experienced its driest and hottest year on record; Saturday was the hottest day ever recorded in Sydney, a scorching 48.8 degrees celcius, and 43.3 in Canberra.

Manumea Found at Two Sites in Uafato During Field Survey