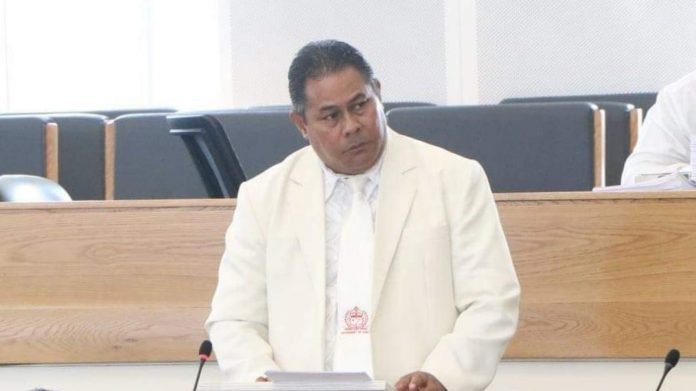 25 March 2022, Apia Samoa. Associate Minister for Agriculture and Fisheries and Member of Parliament for the Savaii constituency of Gagaifomauga 2, Vaele Paiaaua Iona Sekuini has passed away, aged 57.

Minister of Justice Matamua Seumanu Vasati Sili said Vaele’s daughter who is a doctor, contacted them and confirmed the Associate Minister passed away of a heart attack.

“He attended a special parliamentary meeting yesterday,” said the Minister of Justice. “This is a sad loss for the FAST family, and for Samoa. Our deepest condolences to Tupuola and the children at this time,” added Matamua.

Associate Minister of Agriculture and FAST party Chairman, Hon Laaulialemalietoa Leuatea Polataivao Schmidt said the FAST family are deeply saddened by the news of Vaele’s sudden passing. “He was my right hand man,” said the Minister. “This is a huge loss for the Ministry, for the FAST Party and for Samoa,” he added.

Vaele was the Chairman of the Finance and Expenditure Committee of Parliament, alongside former Prime Minister and Opposition Leader, Tuilaepa Dr. Sa’ilele Malielegaoi who is the Deputy Chairman.

Vaele was recently selected in February 2022, as a member of the special parliamentary commission of inquiry (komiti suesue faapitoa a le palemene) to investigate the multiple copies of the LTC Act that had been identified.

Also prior to entering politics, Vaele had served as a board member on Government State Owned Enterprises including the board of the Samoa Post Office.

Speaking briefly to SGN, Minister of Agriculture and FAST party chairman, Hon Laaulialemalietao Leuatea Polataivao Schmidt said he is saddened by the news of Vaele’s passing. “He was my right hand man,” said the Minister. This is a huge loss for the Ministry, for the FAST Party and for Samoa,” he added.

When contacted for a comment, the FAST party secretary responded from a prayer service with FAST members and the Vaele’s family.

Vaele is survived by his wife, Tupuola Mati and five children. Our prayers and condolences go out to the family of the Honourable Associate Minister at this difficult time.