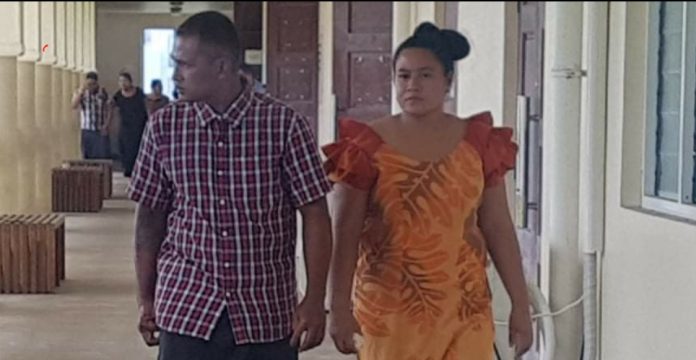 The Court heard that the defendant had just completed his church mission in 2014 when he met and married the victim’s mother, who had two young daughters from her first marriage.

The young victim took the stand yesterday afternoon to tell the Court what had happened to her last September when her step-father asked her to come with him into the plantation to fetch coconuts (Sa fogo mai ia lale ma ke o e fai mai gi popo). She was only 7 at the time.

With the innocence and limited vocab of a child, the victim, now 8, told the Court how she was held by the neck, and forced to have oral sex until salty fluid made her throw up.

The victim’s grandmother took the stand and said she had noticed a change in her granddaughter when they had visited her in October, one month after the incident.

“I noticed that my granddaughter was not happy and sometimes she would vomit. She even forgot how to read her ABC, and often, she would just sit there and stare. That is when I asked her if something had happened..”

The defendant vehemently denied the charges against him, telling the Court that he loved his step-daughter.

Korama Eli maintained his innocence throughout the hearing, telling the Court that it was the victim’s grandmother who had poisoned his daughter with false stories and made-up lies.

A medical doctor was also called to the stand, although he had only examined the victim in January 2020 – four months after the incident.

Justice Tafaoimalo Leilani Tuala-Warren ordered the defendant be remanded in custody until he is sentenced at the end of November 2020.