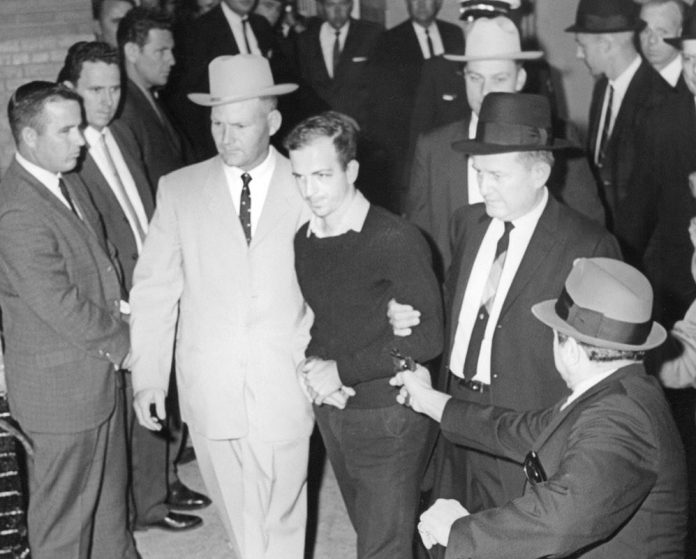 Ruby was found guilty of murder on March 14, 1964, and sentenced to death. During an appeal hearing in 1965 in Dallas, Ruby passed the note shown below to his attorney Elmer Gertz. With its references to government authorities killing and torturing people in the courthouse, the note revealed Ruby’s deteriorating mental state.

(Elmer, you must believe me, that I am not imagining crazy thoughts, etc. This is all so hopeless, that they have everything in the bag and there isn’t any chance of hope for me. These hearings are just stalling for time.)

In October 1966, the Texas Court of Criminal Appeals in Dallas reversed Ruby’s conviction on the grounds of improper admission of testimony and the necessity of a change of venue. Arrangements were made for a new trial to be held in Wichita Falls, Texas, in February 1967. However, Ruby was admitted to Dallas’ Parkland Hospital on December 9, 1966; he died of cancer there on January 3, 1967.

President Lyndon Johnson appointed the President’s Commission on the Assassination of President Kennedy. Chaired by Supreme Court Chief Justice Earl Warren, the Warren Commission, as it was commonly known, investigated the circumstances surrounding the shootings of Kennedy and Oswald. Commission members included Michigan Congressman and future President Gerald R. Ford. In September 1964, the commission reported it found no evidence that Oswald and Ruby were involved in a conspiracy to assassinate the president.