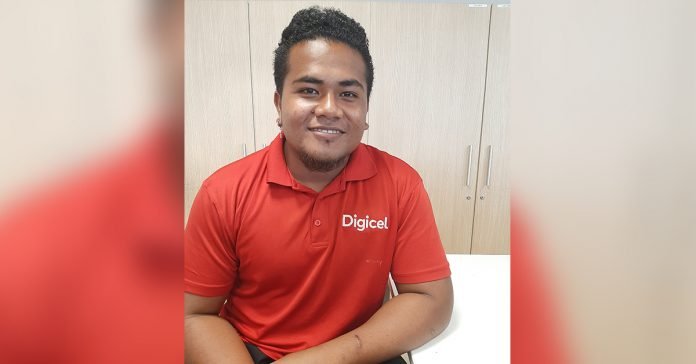 24 June 2019, Apia Samoa. Twenty year old Titi Misili Penieli was amongst so many young men in Samoa who grew up dreaming of becoming a rugby player until one day, a friend convinced him to join in on a Powerlifting training.

The youngster has never looked back, his name now a regular Gold medal contender in the Asia Oceania Games.

In July of 2014 at age 15, Titi was introduced to a sport that would double as his passion and a way to earn gold medals for his country.

In December of the same year, with just six months of training, Titi traveled to Australia to compete in the Asia Oceania Powerlifting Games for the 93kg Division. He returned to Samoa that year with a GOLD medal.

The Digicel Samoa Sales Executive has gone from strength to strength, and in 2016, he won five gold medals in his second Asia Oceania Powerlifting games, setting a record in the 280kg deadlift.

He won Gold for overall performance for Squat, Bench and Deadlift combined.

Speaking if the work-life-sport balance, he says that at Digicel Samoa, it is a fasat-paced work environment but he still manages to make time for work, family and trainings.

Titi says that he has his eyes set on Gold for Samoa in the upcoming Pacific Games, adding that he remains confident but humble

“The focus will always be on winning Gold for Samoa, it will be a first for me at a Pacific Games event;

I’ve worked so hard for it and I am confident, but I also think about the other competitors who have the same goal as mine;

“I’m  just going to leave everyrhing I have on the playing field.” says Titi.

Message from your Digicel family:

“We wish you all the best Titi aka Tiperio! #SamoaWeOn