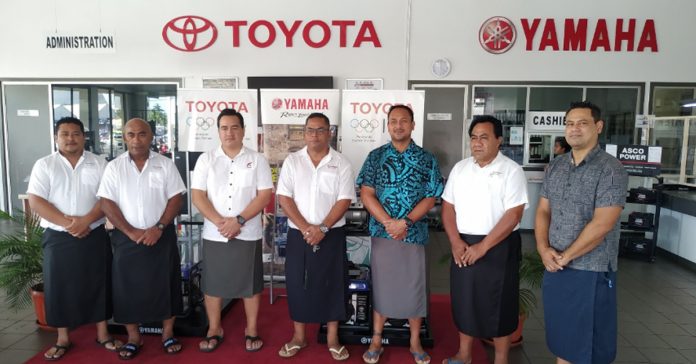 A total of 8 Generator units were last week donated to the Government of Samoa during a brief ceremony at the Company’s Apia Headquarters in Apia.

“The 8 Yamaha sets valued at $12,950 tala are gasoline powered and quite ideal for usage in the field during emergency situations,” he said.

Leasiosio thanked Asco Motors for the timely assistance as Samoa continues to protect its borders from covid.

Leasiosio noted that the generators would be a crucial part of Samoa’s disaster response.

“The Government of Samoa is thankful to Asco Motors for this assistance;

“This equipment would be deployed and used during Disaster and Emergency Operations”, said Leasiosio.