December 28, 2020:  In the most western end of Samoa, residents of the Itu Asau district participated in the “Light Up Da West Coast” Christmas lights competition as part of Vaimoana Seaside Lodge’s ‘Christmas in the Bay’ held in Savaii last week. 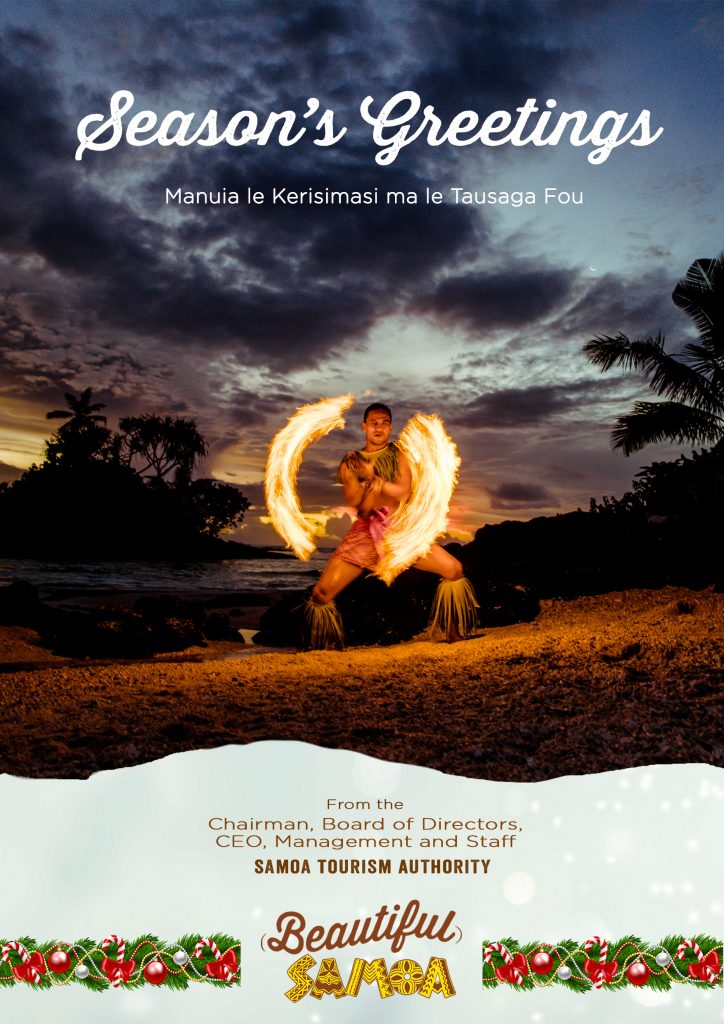 The lights competition was their way of joining national efforts to finish 2020 on a high note despite unprecedented challenges to Samoa and the whole world. It coincided with the Festival of Christmas Lights Ua o’o mai Lou Malamalama” in Apia.

There were 25 registrations from churches, households, youth groups and businesses in the Asau district, but members of the Christmas in The Bay (CTB) organising committee said they noted a chain reaction over the week. Residents inspired by the light displays in the district began putting up Christmas lights and adding to the festive atmosphere.

Managing Director of Vaimoana Seaside Lodge, Tupa’i Saleimoa Vaai, said their committee of judges travelled the distance between Asau and Falelima every night on the week before Christmas Eve, to make sure they noted the efforts of the competition entrants, before announcing the winners on Chirstmas eve.

“The CTB Committee viewed 25 entries by residents and groups that registered for the competition before the deadline but once the word got out…by the end of the judging period, over 60 light displays were viewed bringing to mind an old saying that a single candle can light thousands of other candles so one heart can illuminate thousands of other hearts,” said Tupa’i.

From elaborate light installations to the quaint stringed lights on a humble faleo’o, residents of the Itu Asau put their best foot forward this Christmas heeding the call from church and country to light the world, one by one and to end 2020 on a positive note. 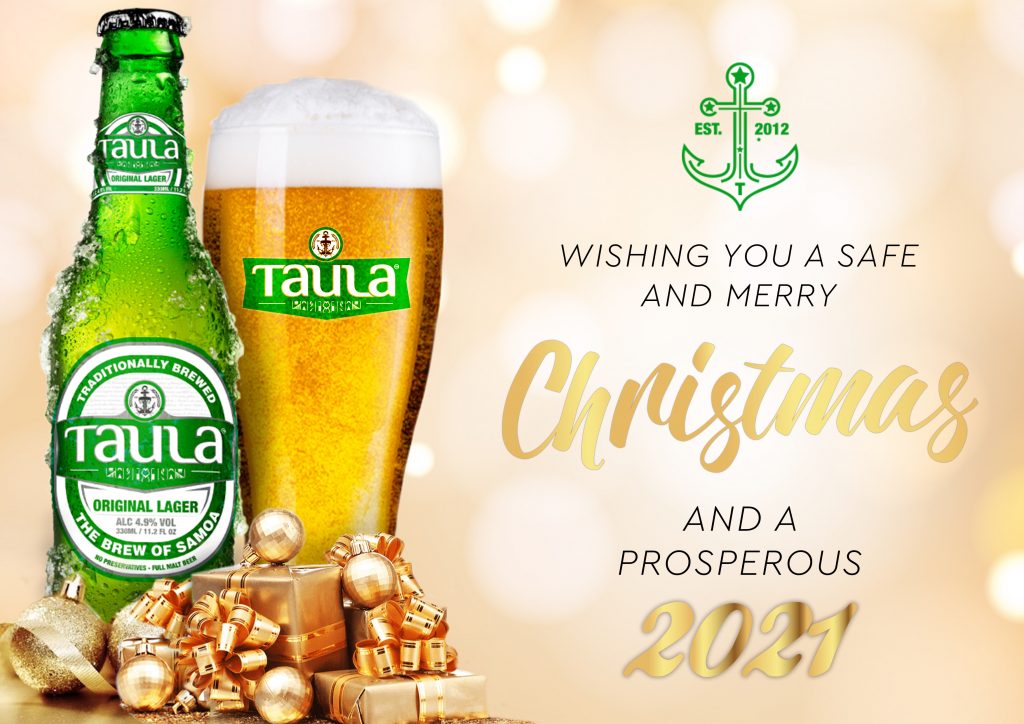 Milieni Ese and family from Auala not only took out the Best Business Category but also placed first in the Savaii family category for the nation-wide 2020 Christmas Festival of Lights.

The Ese family’s village wonderland theme caught the eye of the Samoa Tourism Authority representatives who circled the Big Island last week in search for the most outstanding lights display.

“I was so shocked when I received a call from the STA saying we won for the island of Savaii. I just sat down and thanked my Heavenly Father,” said Mrs Ese.

She added, “Thank you to the Vaimoana Seaside Lodge for challenging me to join the competition, I am so very grateful and proud to support this event. I want to say a big faafetai and faamalo to my village for your advice and support, especially to my Maamaa boys who helped put it all together, we are looking forward to doing it again next year!.”

Faatuga Moe and Onosefulu Faatuga said that their daughter, Melody Tia, had decorated their house as a way of lifting their spirits after ongoing border closures prevented them from spending Christmas with their children from Australia.

Melody and her husband Suatia were also prize winners for the village of Asau where their newly built house was decked out in bright colourful lights featuring an almost 5 metre tall star installation using a coconut tree.

“This is the first time that we have decorated our house with christmas lights to celebrate the birth of Jesus,” said Suatia.

“It’s also the first time we’ve ever spent a lot of money, almost 800 tala on decorating our house but it was worth doing it- not only for the Christmas lights competition but also for our house inspections by the village this year. I would like to thank the CTB Committee for hosting such a great event; it really lifted our spirits and brought excitement to the area. We hope that it will continue next year.”

Prize giving for the winners of the Asau District Lights Competition winner was held on Christmas eve during the Christmas Market and Tupai Saleimoa acknowledged the major sponsors who contributed to the prize money pool.

“We cannot say thank you enough to grassroots champions like the Samoa Commercial Bank, Samoa Tourism Authority, Pacific Ezy and some of the MPs of the district who donated to the Christmas Lights prize money,” said Tupai.

“Without their enthusiasm and support to this remote part of Samoa, we could not have given this community an event of this calibre to remember and be inspired by for many years to come.”

Member of Parliament for Alataua West, Aliimalemanu Alofa Tuua threw her support behind the Asau District Christmas Lights Competition contributing to the prize money and encouraging her constituents to get involved in the community event.

“I’m really proud of the Itu Asau district for coming out and being part of the Festival of Lights held in Apia,” said Aliimalemanu.

“It really shows how the people in Savaii can rise to the occasion by coming together and supporting whatever initiative is done…its very difficult to express my heartfelt thanks and gratitude for the way they have shown their support, I’m just so proud.”

She added, “I’m also very grateful for the Vaimoana Hotel for not only promoting Asau where the hotel is based but the whole district of Asau. In some way we feel the hotel belongs to all of us and I am just very proud of the work that they are doing in promoting and lifting up our communities.”

The CTB Committee awarded an extra 12 consolation prizes to households and churches outside of the registered entries, for their efforts to light up their homes. 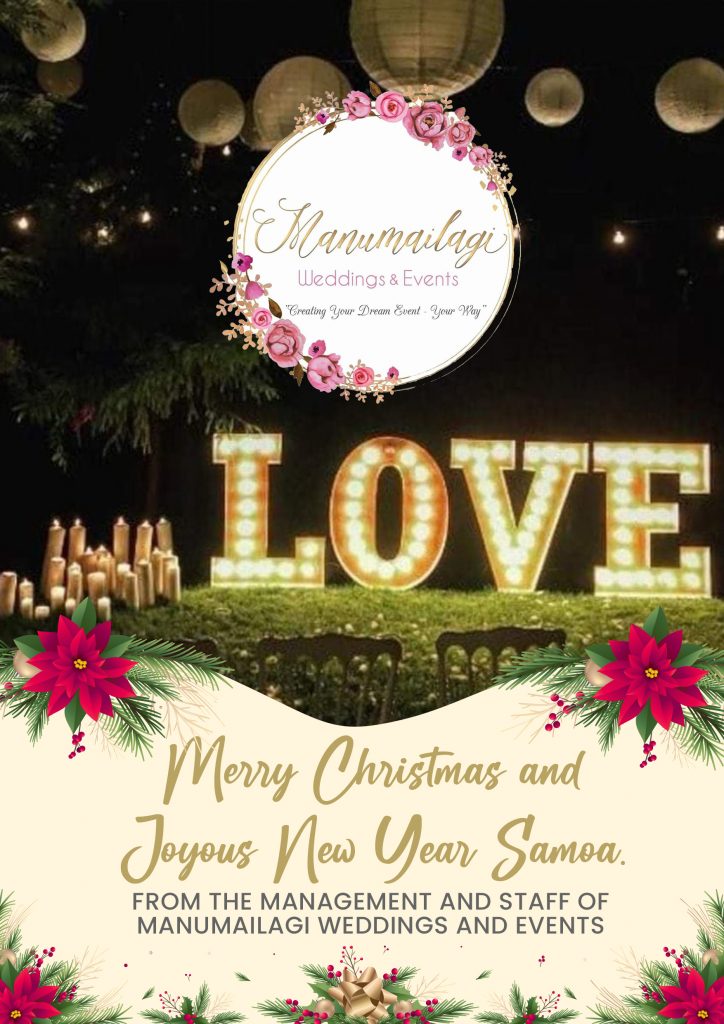