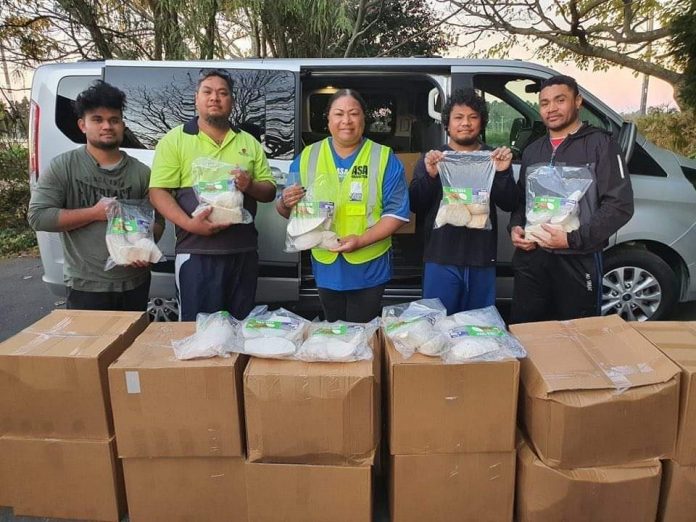 Members of the ASA Foundation delivered food parcels to Samoa RSE workers who say they have been out of work since the COVID-19 lockdown.

Spokesperson for the foundation, Teleiai Edwin Puni said they were contacted by a group of workers from Hastings, who had worked for SEEKA.

“They said they had seen our work in Samoa during the measles, so they contacted us for assistance”, said Teleiai.

According to Teleiai, the men who contacted him said their temporary contracts of 6 months have ended, and they are unable to return to Samoa due to closures of international borders.

Teleiai said once they were contacted, they reached out to South Seas Health Care in Otara, who were giving away food parcels. They then drove three hours from Auckland to Tepuke, where they were able to meet with the Samoan workers and hand over the generous gifts.

Bail Denied for Men who Discharged Firearms and Threatened Villagers

Locals stunned by bizarre creature washed up on Victorian beach

Joan of Arc is burned at the stake for heresy |...