The New Zealand based ASA Foundation is in its 8th week of reaching out with direct and tangible support to families whose children and babies have died of the Samoa measles epidemic that has claimed the lives of 83 people to date.

ASA Foundation spokesman Teleiai Edwin Puni offered words of comfort to the grieving parents, Tupu and Lisa Hicks as they presented a baby coffin and conveyed the good news that ASA would cover all expenses at Sefo’s funeral parlour.

“Tupu and Lisa, we have heard you lost your child, ASA offers our sympathy for your loss, no words can remove the pain you must be going through. We can only help by this small gift with the hope that it will help ease the burden,” said Teleiai. 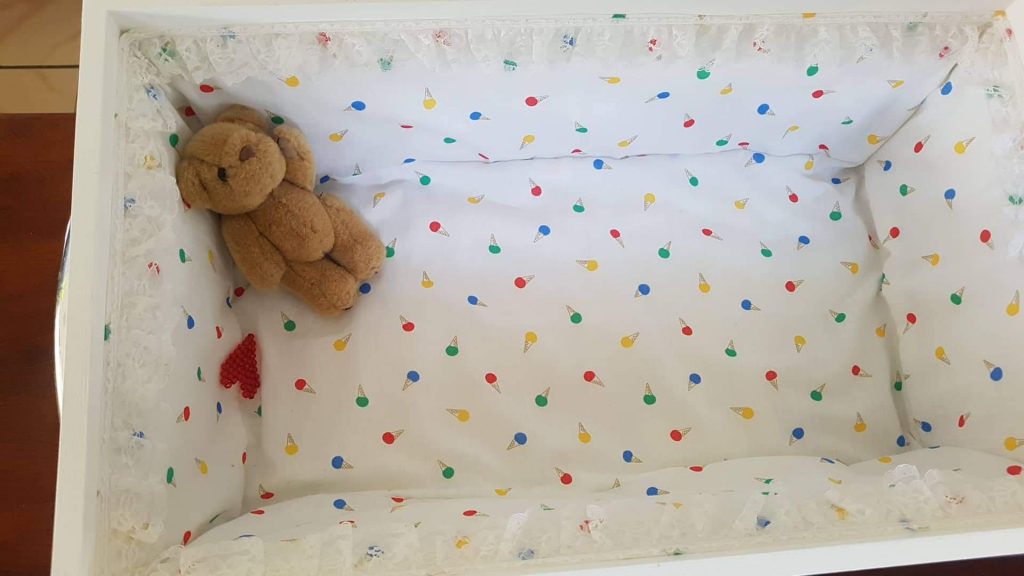 Three month old Salvation Hicks had been admitted to Motootua hospital on the 23rd of December. His parents spent Christmas watching Salvation fight for life but on the 2nd of January as people celebrated the New Year, Salvation lost his battle to the measles.

The 28 year old father looked to be overwhelmed by the words of Teleiai and took a long time to gather himself after the ASA gift presentation.

“Salvation caught the measles from some children of our family at Nofoalii who had it.”

“It is hard to forget the suffering our baby endured and the many times we brought him to the hospital but in the end, they told us that there was nothing more they could do.”

Salvation’s parents will be taking him to Savaii next week to be laid to rest at Fagaee.