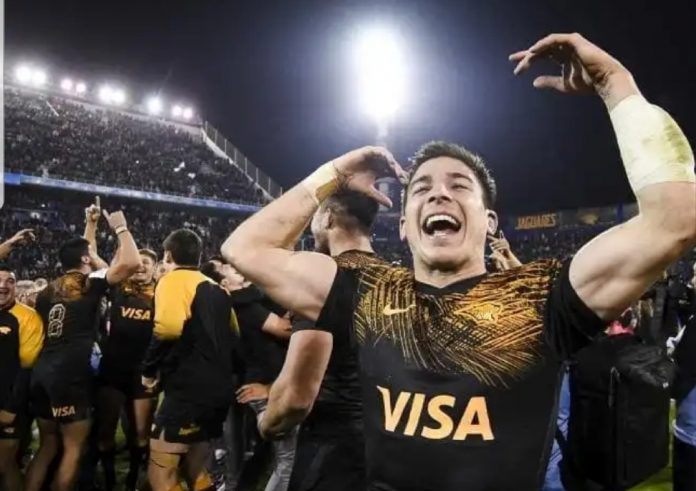 The Jaguares will face the winner of the second semi-final contested by the Crusaders and Hurricanes in Christchurch on Saturday night.

The Jaguares beat the Chiefs 21-16 in their quarter-final last weekend after topping the South African conference and finishing second only to the Crusaders in the final standings.

The Jaguares made a blistering start to the match, scoring two tries to lead 20-0 after 19 minutes, then subdued an attempted rally by the Canberra, Australia-based Brumbies, who scored their only try just before halftime.

“We knew this match was an opportunity and we took it,” Jaguares lock Guido Petti said. “From the first minute we went into the match to take this chance. We knew this was going to be the match we played for all the people here.”

Each step the Jaguares have taken in the past few weeks has made history for the franchise which is strongly based around the Argentina national team. They won the Africa conference for the first time, compiled their best-ever regular season record of 11-5, strung together a record home winning streak of five matches and produced a 4-0 winning record against Australian teams.

In doing so they reached the quarterfinals for the second time and were able to host a playoff match for the first time. By winning that match against New Zealand’s Chiefs they brought a semifinal to the Jose Amalfitani stadium in Buenos Aires for the first time.

The Jaguares’ season has been a triumph for coach Gonzalo Quesado who is in his first season in charge, having taken over from Daniel Hourcade. Quesado has transformed the Jaguares, broadening the scope of their game plan and making them an entirely efficient attacking unit.

That efficiency has been the keynote of Jaguares’ success; they do all of the fundamentals with a calm but decisive proficiency.

They hold the ball through long strings of phases, exploring an opposition defense and they finish superbly through their dangerous outside backs.They also defend well, standing off breakdowns to crowd the midfield and reduce their opponents’ options. If there was one chink in their armor Friday it was their scrum which was sometimes under pressure. But their lineout was dominant; they won all of their own ball and took five lineouts from Brumbies’ throws.

The Jaguares denied the Brumbies possession for much of the first 30 minutes, building a commanding positon which their opponents were unable to break down. Defensive pressure also forced the Brumbies into frequent handling errors.

A defensive mix-up in the fourth minute, when the Brumbies kicked a ball back towards their own line, gave away an early try to Tomas Cubelli and a 7-0 lead to the Jaguares.

Lock Tomas Lavanini drove over in the 19th minute, lifting the Jaguares to a 20-0 lead. Flyhalf Joacquin Diaz Bonilla maintained a perfect goalkicking record, landing six from six.The Brumbies tried to fight back, creating a try from a lineout to hooker Folau Fainga’a, compensation for his poor lineout throwing.

But Orlando scored twice in the second half and fullback Emiliano Boffelli added the final try two minutes from fulltime.

Two tries came from misplaced chip kicks by Brumbies flyhalf and captain Christian Leali’ifano who played his 150th and final match for the Brumbies on Friday. He will leave the club after 12 seasons to play in Japan next year.