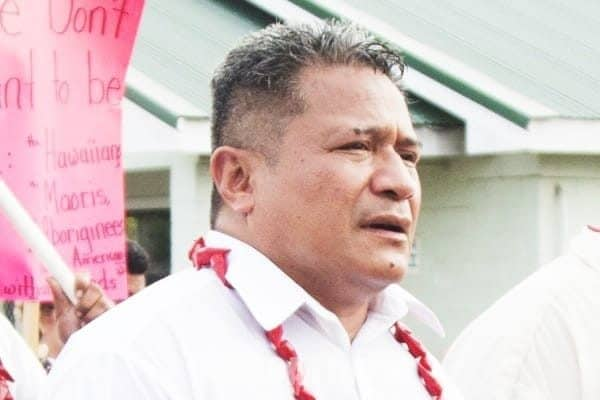 A lawyer who has had his license revoked by the Samoa Law Society appeared before Justice Leiataualesa Daryl Clarke with an application to travel overseas and attend a job interview in Wellington.
Self-represented, Pa’u Mulitalo Tafaogalupe who faces charges relating to obtaining by decepetion told the Court that he had been applying for jobs in New Zealand because no law firm would hire him in Samoa.
“I hereby respectfully seek leave from this honorable Court for variation of bail conditions under S111 of the Criminal Prodecures Act 2016 to allow me to travel to New Zealamd for a job interview.”
He said that since his license was revoked he has been unable to secure work in Samoa, making it difficult to support his family.
Pa’u told the Court he was contacted last Friday by a potential employer in New  Zealand to attend an interview this Friday 15h November 2019.
Pau told the Court that he was ready to defend himself in Court and would definitely be back in Samoa before then.
Prosecution did not agree and strongly opposed the application saying they did not believe Pa’u would return to Samoa.

Prosecution argued there was no satisfactory evidence in the emails presented by the accused that there was an interview set.  Secondly the charges pending for determination are of serious nature and if found guilty,  according to prosecution, would likely to result in the defendant being convicted and subsequently disbarred.

During deliberations Justice Leiataualesa Daryl Clarke asked Pa’u if he had declared the charges against him to the potential employer in New Zealand. Pau answered no. Justice Clarke told Pau that perhaps they would not have offered him an interview if they had been made aware of his situation.
Pa’u is out on bail at large awaiting his hearing date set for 27 Jan 2020.