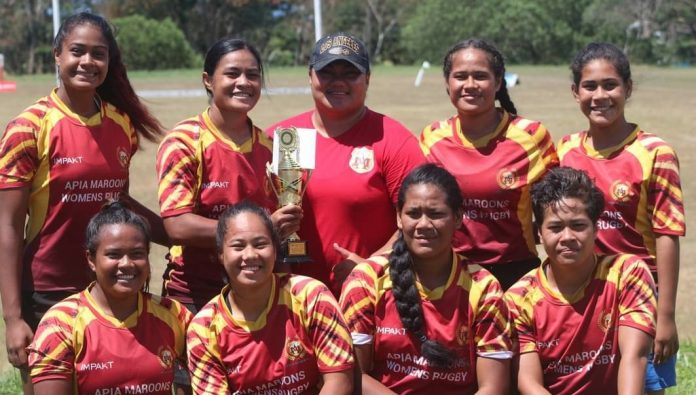 The Apia Maroon’s continued its dominance of the Open Women’s 7s Rugby  Competition with a 22-5 win over No Idea last Saturday at the Lakapi Samoa High Performance Field at Tuanaimato. 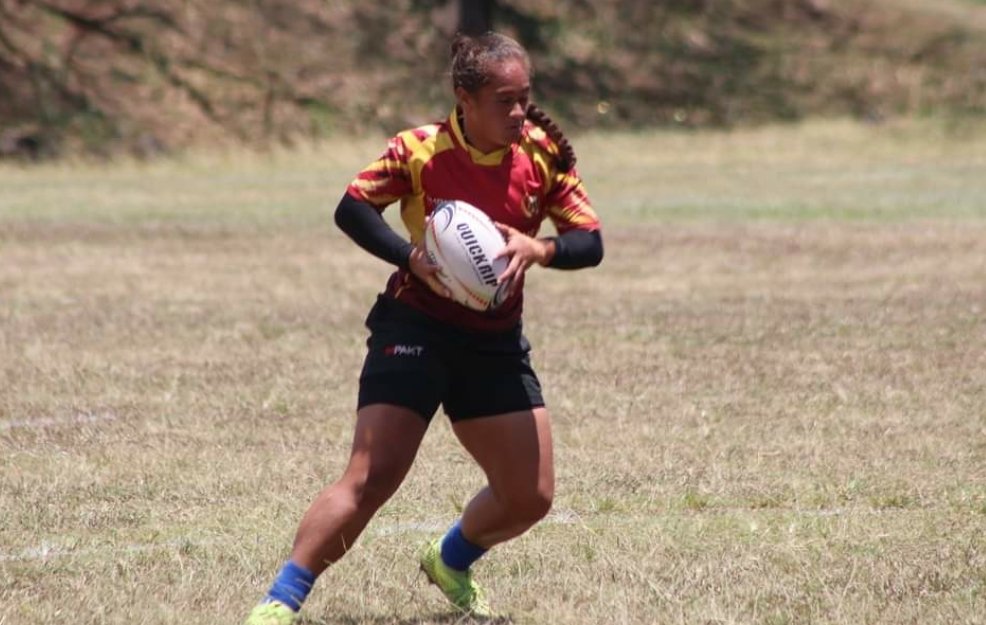 It is the Maroon’s third consecutive year as Champions of the national comp since the tournament launched six years ago. This year’s tournament is part of Lakapi Samoa celebrating Women’s Rugby, with workshops and events held throughout the whole month of September.

Also the reigning Vailima Marist 7s Champions, Apia Maroons were unbeatable at the pool games with wins of 24-0 over No Idea and 38-7 over Tepatasi. They advanced straight to the finals where they again met No Idea and beat them for a second time by 22-5.

“I must say that these ladies continue to grow in rugby because of the massive support from their coach Sapani Pomare,” said Avii. 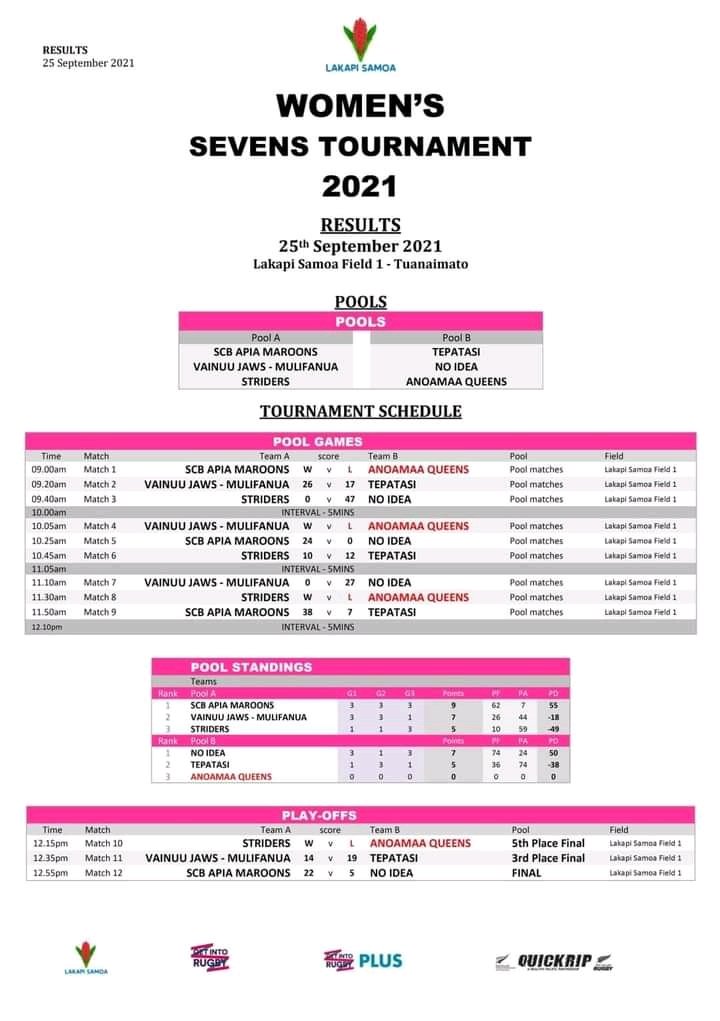 Ms Faalupega Magele said there are many talented young players across Samoa, however, the girls need teams to play in, to be able to build their skills and knowledge of the game.

“This team continues to thrive under the leadership of the Maroon’s coaches and club. They are in a great form right now”, said Magele.

“There are many challenges, especially when this is a voluntary role but Sapani is committed and that has been a huge impact to the success of Apia Maroons. He has a lot of respect for the girls and club’s women’s team”, adds Magele.

The national development officer and international referee also gave credit to the No Idea women’s team which she says has contribute to growing the women’s game by recruiting and developing new players.

Still on the development of women’s rugby, Ms Magele says there are ongoing difficulties in building skill levels of players.

“Non commitment to training is an ongoing issue with players,” said Avii.

“Many want to play the sport on Saturday but won’t put in the hard yards to train during the week..

“Hard work and discipline is needed for success,” said Samoa’s first woman international referee, “especially if you’ve got the raw talent from the Lord”.

Lakapi Samoa’s development officer also acknowledged the continuous support of school principals, parents, coaches as well as development partners such as Australia, New Zealand and UNWomen for contributing to the development of the women’s game both on and off the field.

Ms Magele says the development of rugby has proven to have a positive impact on the empowerment of women and young girls.

“We are grateful to all the women and men who are passionate about growing and developing the women’s game in Samoa”.