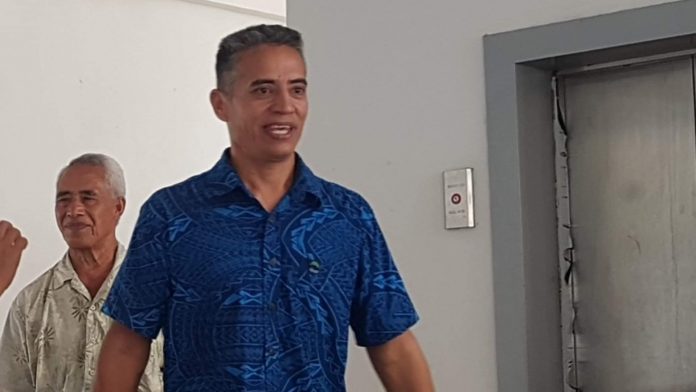 Tamasese  was arrested in Savaii last Thursday during a whole-of-nation shut down as Samoa set out to vaccinate its population in efforts to contain the measles outbreak that has so far claimed 70 lives.

Tamasese took to social media with his anti-vaxx message saying,  “I’ll be here to mop up your mess. Enjoy your killing spree”.

The message was a comment on a post by SkyEye owner Faamausili Sam Saili showing over one hundred vehicles loaded as mobile vaccination units, ready to move out across Samoa in the early hours of last Thursday morning.

Tamasese was denied bail over the weekend on the basis that he could have disrupted the mass vaccination program which Government reports has achieved 90% coverage for Samoa.

“Yes he was received from our Savaii staff and later remanded into custody at Tanumalala prison until his appearance infront of a judge,”

During his first appearance in Court yesterday prosecution did not oppose bail and Judge Leota Raymond Schuster set out very specific bail conditions.

Tamasese is to refrain from posting anything related to the measles crisis and he is not to give any medication or vitamins to measles patients.

Before his arrest Tamasese told Samoa Global News that several parents were contacting him from inside hosptials, desperate for help when their children were admitted amd fighting the measles.
Judge Schuster has set Tamasese’s next Court appearance for January 2020.