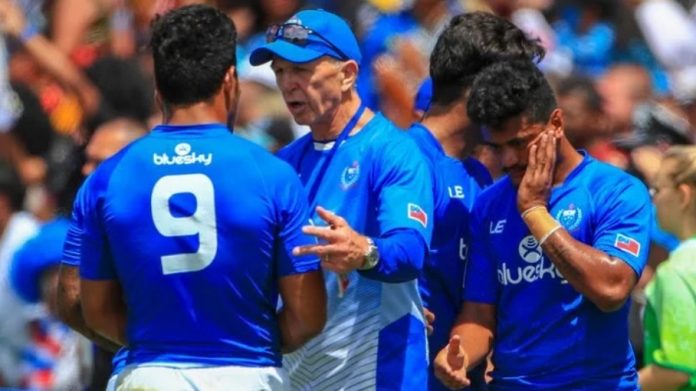 Samoa have lost their second pool game to Argentina 28-21 in the Sydney HSBC 7s.

Argentina got out to a 14-7 lead before Johhny Vaili and Joe Perez partnered up to score a 45-metre try to tie the score 14-14 at half time.

Argentina attacked early in the second half, looking to put Samoa away.

The Pumas earned a penalty within 10 metres of the tryline and looked to be slowing the ball down to launch a set-piece attack when the referee penalised them for taking too long.

Samoa regained possession in their red zone, and Elisapeta Alofipo beat his man one-on-one before offloading to Paul Scanlan who pushed Samoa into the lead 21-14.

Argentina hit back straight away to level the scores 21-21 all with 1 minute left on the clock.

And just as they had done against France in their first pool match earlier today, the Manu Samoa 7s let the win slip through their fingers, leaving Samoa fans across the globe heartbroken.

Samoa plays their last pool match in Sydney against 2nd ranked South Africa who are so far undefeated in pool games.

Editor: A little fun in the Manu 7s fan corner 🤗

In their usual passion for the game of rugby and the Manu 7s, Samoa fans across the globe have taken to social media to express their heartbreak with threats to throw their flatscreen TVs outside (ako i fafo le TV).

Some have called on the country’s monopoly electricity supplier EPC to cut out the power in order to bring their misery to an end (kaimi legei o oukou EPC).

Some have called for players to immediately cut their long hair as is customary for youth living in Samoan village settings (Losi Filipo = 20 pusa apa).