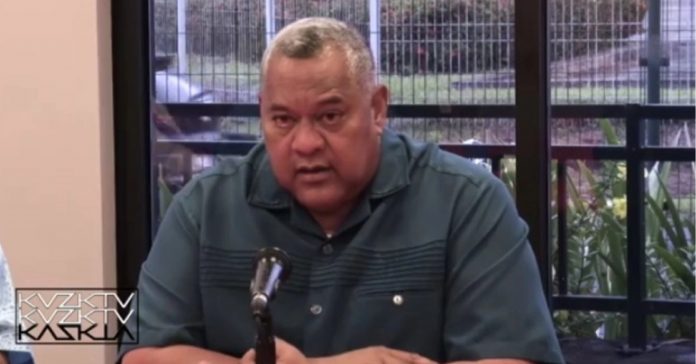 Governor Lemanu offered his condolences to the man’s family and to the community, encouraging everyone to remain strong and draw strength from God.

“Do not let this disease take over us, let us control the disease,” Lemanu said.

He acknowledged the community spread of the virus had occurred, and the first Covid death has now been recorded, despite government efforts to protect the health of the public.

American Samoa’s Department of Health has not released a situational report since Tuesday when a total of 367 positive cases were reported in the community bringing the total number of active Covid-19 cases in the Territory to 1,932. The Department had also reported 242 people have recovered.