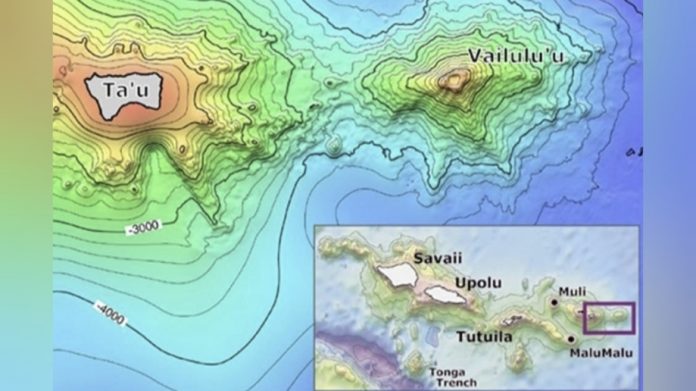 An eruption like Hunga Tonga-Hunga in Haapai earlier this year is “extremely unlikely” according to American Samoa officials monitoring incidents of underwater volcanic activity reported by residents of Manu’a.

The American Samoa Government activated its Emergency Operations Center (EOC) on Wednesday night in response to reports of underground earthquake activity felt by residents of Tā’u for a few days now though some locals say they have been feeling “the ground shaking” for the past three weeks.

“A team of experts are working on understanding the cause of these earthquakes and will share information once it is available in another information sheet,” reads the official update from AS Homeland Security issued Thursday afternoon.

“There is a chance these earthquakes are caused by a volacano, but an eruption like Hunga Tonga-Hunga Haapai is extremely unlikely.”

According to the latest official statement, a US Geological Survey’s Volcano Hazards Program is responsible for monitoring volcanos in American Samoa, however, they are unable to monitor activity in Tā’u. 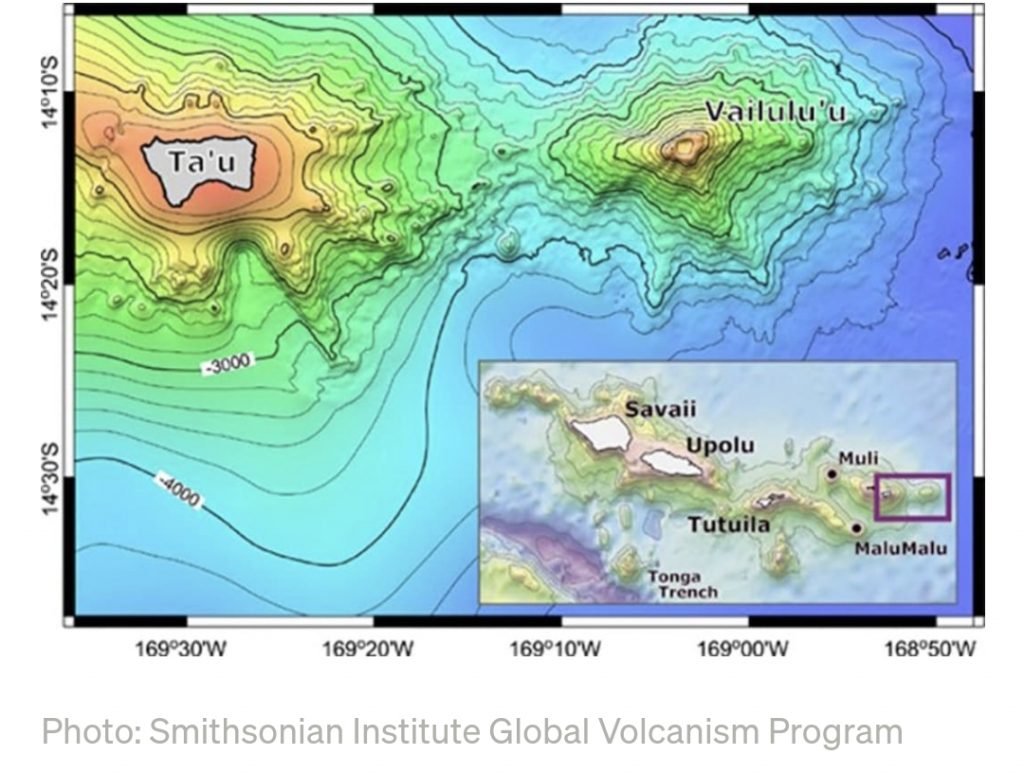 Vailulu’u is located between Tā’u and Rose Atoll. According to an earlier statement by American Samoa officials, “Vailulu’u is an unpredictable and very active underwater volcano presenting a potential long-term volcanic hazard,”

An American Samoa expedition in February 2017 explored the Vailulu’u seamount and discovered an active volcano lying in the eastern region of the Samoan hotspot.

According to offical Government reports, the last visual survey of the volcano had taken place in 2005, but the seamount had not been mapped since.

Reports from the National Oceanic Atmospheric Administration (NOAA) website says a comparison of multibeam data collected in 2012 with new bathymetric data collected during the 2017 expedition, showed that the volcanic cone in the crater, called Nafanua, had grown substantially since the seamount was last mapped in 2012 – forming two distinct volcanic features.

“This volcano in the Samoa Islands rises to a height of 16,400 feet from the sea floor.  It is located to the east of Tau Island and it is said to have emitted smoggy water from its peak recently.”