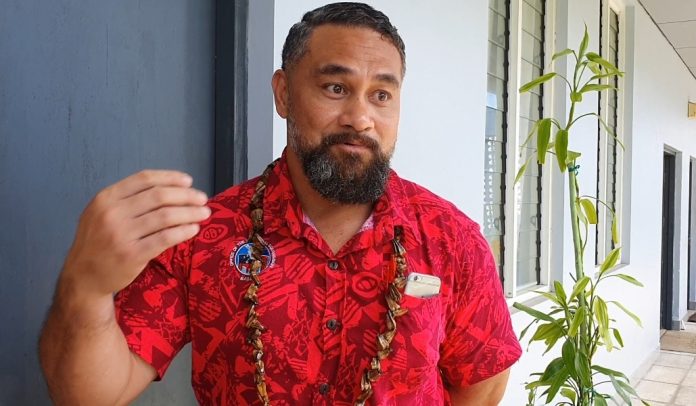 Tues 18 January 2021, Mulinuu Apia Samoa. Further amendments to Samoa’s Electoral Act shall be tabled in Parliament this morning, however, none of the amended sections will impact any process or procedure pertaining to the upcoming general elections.

This was confirmed by Samoa’s Electoral Commissioner Faimalomatumua Matthew Lemisio on Monday afternoon.

Speaking to the media after his presentation to the Parliamentary Pre-Sitting session where he had explained the amendments in detail to Members of Parliament, the Electoral Commissioner said most of the amendments are in response to issues that surfaced in Court, during recent candidate eligibility petitions.

Close to 20 petitions were heard by the Supreme Court of Samoa following the closure of election candidate registrations in October last year, and Faimalomatumua says certain sections of the Electoral Act were interpreted differently by Justices of the Court.

The amendments being tabled this morning aim to remove any ambiguity from the wording of the Laws, and ensure the intentions of Parliament are not misinterpreted in future.

One such example is the intended requirement that a candidate’s matai title is legally registered with the Lands and Titles Court for at least 3 years.

At the end of last year, candidates had successfully petitioned the Office of the Electoral Commissioner in relation to the 3-year monotaga service and 3-year registration rule.

Faimalo says the intention of Parliament when enacting that Law, is that a candidate renders 3 years monotaga, AND that the matai title for which they are performing the monotaga, has been registered with the LTC for at least 3 years.

Faimalo says those clauses have been tidied up, ready to be applied to any bi-elections that may follow after the 9 April general elections.

Faimalo said other amendments are to do with the powers of the OEC to receive, process and confirm registration forms. He said the Courts had ruled that these powers needed to be spelt out in the Act; so those are some of the amendments expected to be tabled in Parliament today.

Another key amendment to the Electoral Act includes the number of days given to the Court to hear candidate eligibility cases. The Supreme Court of Samoa had been required under Law to hear, and deliver their decisions within 21 working days from the closure of petitions as to candidacy. Faimalomatumua says the time period has been extended.