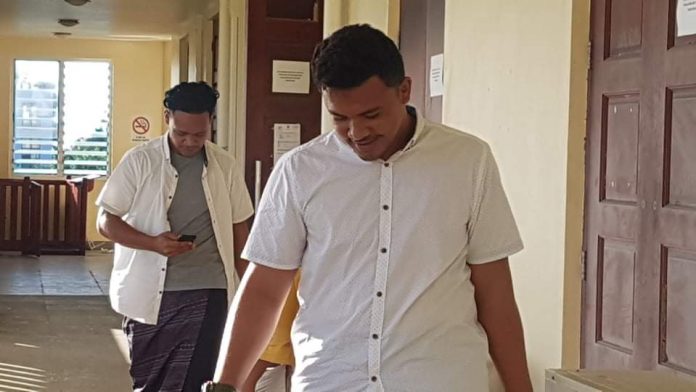 7 July 2020. The trial of the four men from Samalaeulu Savaii who caused the death of a father from the same village continued today with the opening statement of lead prosecutor Lucy Maria Sio-Ofoia, who outlined the police case.

The prosecution case was presented in the Supreme Court before Justice Tafaoimalo Leilani Tuala-Warren yesterday afternoon.

According to prosecution – on Saturday evening the 31st of August 2019, the defendants were having a drinking session, near the road in their village. Sauiluma Kasiano, a 38 year old father of seven children was also drinking alcohol and driving his vehicle around.

Later on that evening as the four men were hanging out on the roadside, the deceased drove past and swore at them. One of the four defendants threw a stone at Kasiano’s car.

This angered the four defendants who then waited for the deceased’s car to turn back.  When Kasiano drove back, one the four men approached his car and started throwing rocks at him while the deceased was still inside the car.

The deceased stepped out, but the four defendants were still throwing rocks at him hitting his body and head.  The deceased fell on the ground and the defendants fled the scene.  Kasiano later died at the district hospital.

Prosecution stated that they would prove the 3 elements of manslaughter as well as the additional charges of throwing stones, and being armed with a dangerous weapon.

The 15 police witnesses will included a pathologist who conducted a post-mortem to determine cause of death.

The four defendants are Mamoe Aiesi, represented by Afa Lesa; Foaga Ipu Piki represented by Afamasaga Michael Soonalole, Leiataualesa Komisi Koria is standing for Leū Saulo and Masoe Charlie Vaai is representing Paulo Mika – the only one of the three in police custody.

The trial continues tomorrow, and is expected to go into next week with close to 20 names on the witness list.