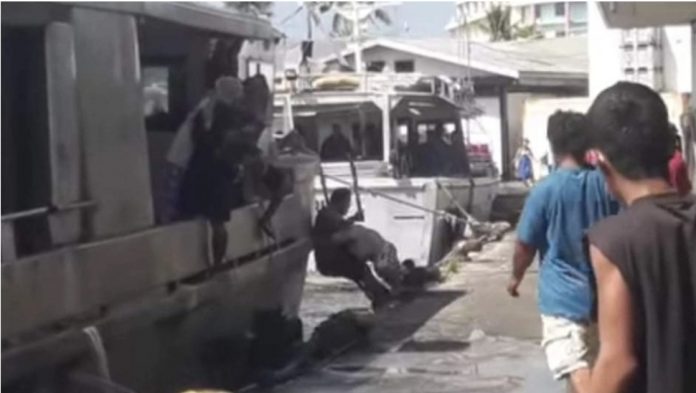 6 July 2022, Supreme Court of Samoa, Mulinuu.  All charges against the accused in relation to the 2020 Independence weekend machete attack at the Fugalei fish market, have been dismissed by the Courts.

A former prop for Toa Samoa, Tagaloa Maugaloto Palu, 38 at the time, was seen carrying a machete and chasing down two men at the Fugalei fish market in a widely publicised incident on the 30th of May 2020.

The incident was recorded by nearby vendors and shoppers at the fish market, showing horrific scenes of injuries sustained by two men, brothers who work as deck hands on fishing boats.

Tagaloa had pleaded not guilty to attempted murder, 2 charges of grevious bodily harm and a charge of being armed with a dangerous weapon.

The Court case was expected to be heard before Justice Fepuleai Ameperosa Roma on Tuesday morning.

Instead Prosecutor Fuifui Ioane told the Coirt police witnesses were not available.

It was the second time the Court had set a hearing date for the matter, and according to Prosecution, they have no choice but withdraw the charges for lack of witness cooperation.

The two men were admitted to Motootua Hospital with serious injuries. Fish market vendors identified them as, “Molegi and his younger brother Iosua”.

At the time of the incident, witnesses told Samoa Global News drugs were involved.

The defendant, Tagaloa Maugaloto Palu, remains at Tanumalala Prison and Corrections, serving time for posession of illegal weapons, and other drug related charges.