The All Blacks have taken top spot in the Rugby Championship and have regained the No 1 spot in World Rugby rankings since 2019 – but captain Ardie Savea says it won’t mean anything  until they beat the Springboks.

Last weekend Quade Cooper, in referees time, kicked Australia to a 28-26 victory over World Cup champions South Africa, who were at the time the No 1 team in the world. Now 33 years young, it was Cooper’s first test match since 2017.

Alongside that result last week, the All Blacks, who were ranked No. 2, thrashed Argentina 39-0.

This lined up an opportunity for New Zealand to regain the No 1 rank for the first time since 2019.

The men in black needed Australia to beat South Africa for a second week in a row, and they needed to beat Argentina by a margin of 15.

As it turned out Australia were on fire securing their second consecutive victory over South Africa by 30-17.

South Africa coach Jacques Nienaber described the match as unworthy to be called a Springboks performance.

“We got hands down beaten in everything – defence, kicking game, attack..,” he said post-match interview.

Quade Cooper was once again an influential force to the Wallabies victory. He guided the Aussie ship during general play with precision, and kicked 10 points off of his ever reliable right boot.

The All Blacks managed to defeat the Los Pumas by a comfortable margin of 23,  defeating Argentina 36-13. 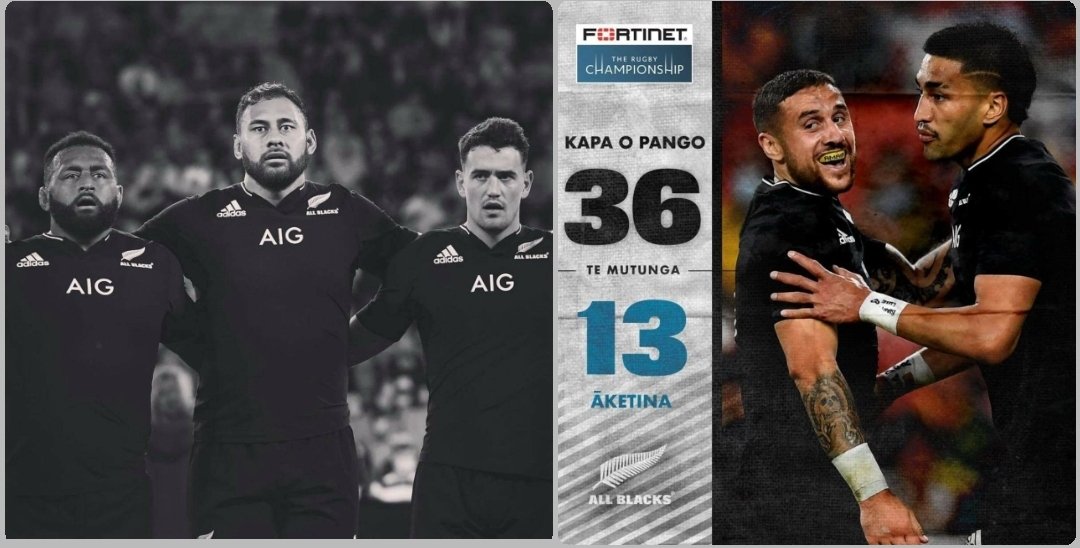 Captain Ardie Savea credited their victory to their set-piece, in particular their scrum.

“When we were in danger our set-piece really bailed us out”, Savea said.

Coach Ian Foster will be proud to get the win after reigning in the changes from last week’s team with only 4 players keeping their starting spot.

Lock Tupou Vaa’i scored himself a double. The first All Black to be born in the 21st Century put in an 80-minute performance this weekend and deserved his two tries. He slid easily under the posts off a Scott Barrett back-of-the-hand offload for one of them.

His lock partner and Blues Captain Sa’u Patrick Tuipulotu also notched himself a try of his own.

Damien Mckenzie, normally a fullback, played his second match at first five for the All Blacks. He steered his team around the paddock like a veteran and never over played his hand.

The All Blacks now sit a clear 10 points atop the Rugby Championship, with South Africa in second place.

This sets up an exciting finish to the Rugby Championship with top ranked All Blacks and second ranked Springboks hitting it out for two straight  weeks.

Captain Aride Savea however, says it won’t mean anything unless the All Blacks can secure wins over the Springboks.

“It got mentioned in the post-match interview, but my mindset is, you have got to beat No 1 to be No 1”, said Savea.

Next Saturday night’s test in Townsville will be the 100th match between the two sides.