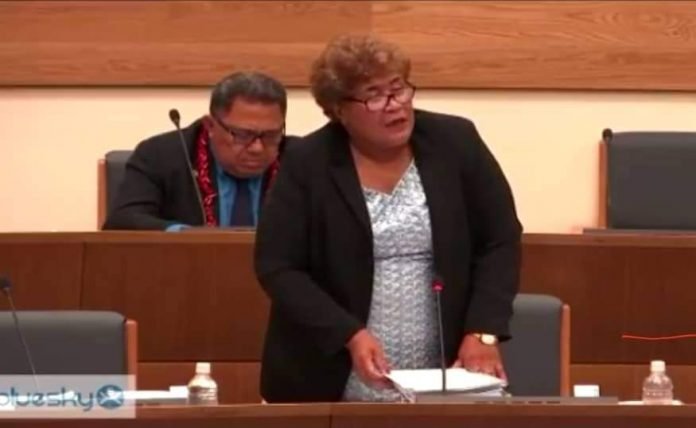 The Member of Parliament for Alataua i Sisifo, Aliimalemanu Alofa Tu’uau has called for the establishment of a national program that teaches health, nutrition and hygiene for early childhood care of children and babies.

Also Chair of the Parliamentary Finance Committee and former Chief Financial Officer with SPREP, Aliimalemanu suggested the initiative could be named the “Quality Parenting Program”.

“A program that could support and teach young and new mothers about the basic care of babies with a focus on early childhood infancy.”

Aliimalemanu suggested areas such as nutrition, hygiene, immunisation programs as well as educational areas such as right language to be used with infants.

Aliimalemanu told the Samoa Parliament that early childhood from birth to 3 years old was a crucial time for the growth and development of a child.

Aliimalemanu spoke about the unacceptable environment children are growing up in, with overcrowding and unhygienic standards of living provided by parents, as highlighted in the media.

Aliimalemanu told Parliament that such a national parenting program would improve children’s health and well-being and lessen the impacts of disease and viruses.

“This would align with existing Government programs and Governments vision for a quality life for all, and improve social and economic well being of communities and villages.

Aliimalemanu also referred to similar programs that are being developed and rolled out with the support of UNICEF in many other countries of the region.

Early childhood experts have long confirmed the role of parents, family members and carers as early childhood educators as the foundation for a child’s healthy learning and development.

Australia’s Raising Children program states, “Lots of time spent playing and interacting with you and others helps your child learn the skills he needs for life – like communicating, thinking, problem-solving, moving and being with other people”.

“Babies are born ready to learn, and their brains develop through use. So your child needs a stimulating environment with lots of different ways to play and learn. They also need plenty of chances to practise what they’re learning;

“Babies and young children learn best when they have warm, engaged and responsive relationships with their main carers. So you have a vital role to play in helping your child learn through these early years. You are your child’s first teacher, and your child will keep learning from you as they get older.”