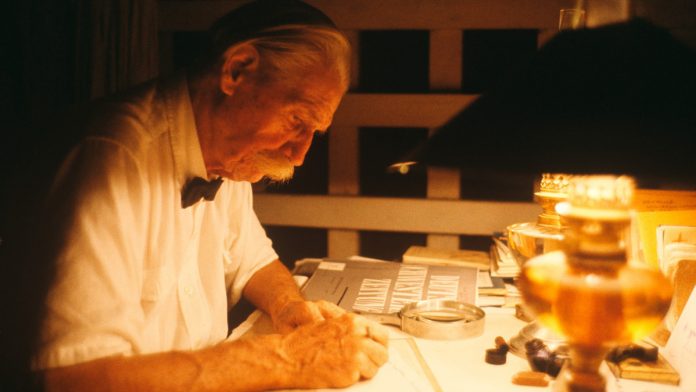 The theologian, musician, philosopher and Nobel Prize-winning physician Albert Schweitzer is born on this day in 1875 in Upper-Alsace, Germany (now Haut-Rhin, France).

The son and grandson of ministers, Schweitzer studied theology and philosophy at the universities of Strasbourg, Paris and Berlin. After working as a pastor, he entered medical school in 1905 with the dream of becoming a missionary in Africa. Schweitzer was also an acclaimed concert organist who played professional engagements to earn money for his education. By the time he received his M.D. in 1913, the overachieving Schweitzer had published several books, including the influential The Quest for the Historical Jesus and a book on the composer Johann Sebastian Bach.

Medical degree in hand, Schweitzer and his wife, Helene Bresslau, moved to French Equatorial Africa where he founded a hospital at Lambarene (modern-day Gabon). When World War I broke out, the German-born Schweitzers were sent to a French internment camp as prisoners of war. Released in 1918, they returned to Lambarene in 1924. Over the next three decades, Schweitzer made frequent visits to Europe to lecture on culture and ethics. His philosophy revolved around the concept of what he called “reverence for life”–the idea that all life must be respected and loved, and that humans should enter into a personal, spiritual relationship with the universe and all its creations. This reverence for life, according to Schweitzer, would naturally lead humans to live a life of service to others.

Schweitzer won widespread praise for putting his uplifting theory into practice at his hospital in Africa, where he treated many patients with leprosy and the dreaded African sleeping sickness. Awarded the Nobel Peace Prize for 1952, Schweitzer used his $33,000 award to start a leprosarium at Lambarene. From the early 1950s until his death in 1965, Schweitzer spoke and wrote tirelessly about his opposition to nuclear tests and nuclear weapons, adding his voice to those of fellow Nobelists Albert Einstein and Bertrand Russell.

Small Business Owner Says Stimulus Package is Unfair for them with...