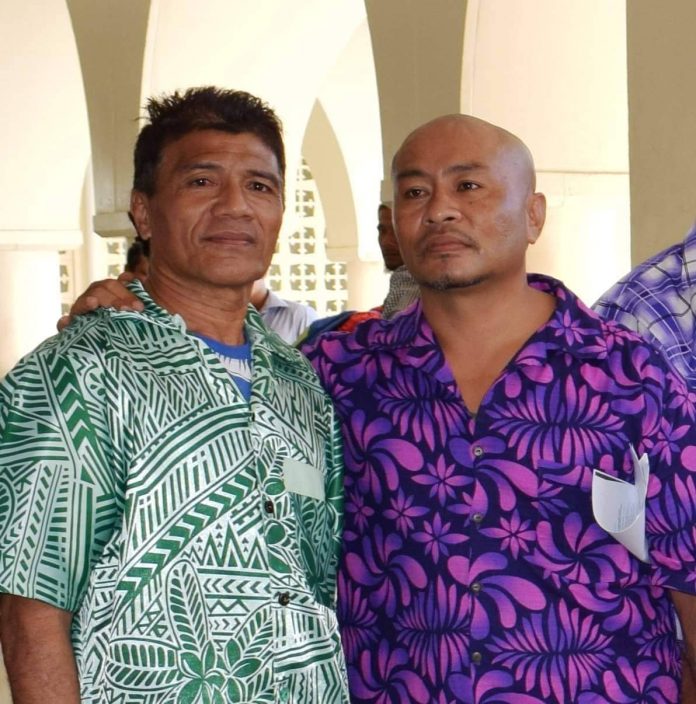 18 September 2019 Apia Samoa.  The man who was sentenced to death for the assassination of the Samoa Minister for Works Luagalau Levaula Kamu in 1999 has been named as a police witness in the case against two men charged with conspiracy to murder the Samoa Prime Minister.

This was confirmed by defence counsel for the 2 men accused Unasa Iuni Sapolu to Talamua Media.

Three men face charges of conspiracy to murder the Samoa Prime Minister Tuilaepa Dr. Sailele Malielegaoi. One of the men Taualai Leiloa entered a guilty plea before Justice Tafaoimalo Leilani Tuala-Warren last week and is due for sentencing at the end of this month.

The other two defendants are Samoa First election candidate Lema’i Faioso Sione and Malele Paulo also known as King Faipopo. Both men maintain their innocence and pleaded not guilty to the charges against them through their lawyer Unasa Iuni Sapolu.

Sione and Paulo are due back in Court this morning for a bail hearing.

This week defense counsel Unasa Iuni Sapolu has told Talamua News that she had been served Alatise’s affidavit that he would be testifying against her clients Paulo Malele and Lema’i Sione.

Alatise was sentenced to death for the murder of then Samoa Minister of Works Luagalau Levaula Kamu.

Alatise became a household name when the news shocked the nation and the world 20 years ago. His death sentence was pardoned by the Head of State and reduced to life imprisonment.

Alatise Vitale had been granted parole in 2000 but was taken back into custody in May this year when police alleged that he had breached his parole conditions by affiliating with convicts.

Unasa Iuni Sapolu was Alatise Vitale’s legal representative when he appeared in Court for breaching his parole in May 2019. However, Unasa has told Talamua News that she is being stopped from consulting with Alatise to clarify her status as his lawyer.

Convicted Murderer as Witness Against Plotters to Assassinate the Prime Minister