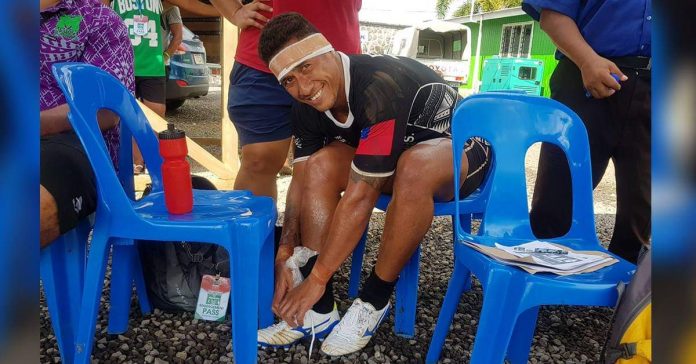 Tupou limped off the field leaning on the shoulders of 2 Red Cross aides as Sir Gordon Tietchens and the Manu Sevens management looked on.

“It’s not bad. It looks like he’s been kicked near the archillies tendon.”

Alatasi Tupou was originally on a list of players that were not allowed to play in the Marist Sevens Tournament.

His club side Vaiala named him in the starting line up for the pool match where Vaiala proved to be too good for Moataa, winning 17-0.