Elected at the April 9th general election to take the baton from his father, Aiono Afaese Toleafoa has lost his seat after the Supreme Court found him guilty of five bribery charges filed against him by FAST woman candidate Lolomatauama Eseta Fa’alata Mata’ituli.

The Aana Alofi 2 seat is now void and a by-election is expected in the coming weeks.

Aiono’s application for a chance to file a counter-petition against his petitioner was weeks late, and consequently denied by the Supreme Court of Samoa. Consequently Lolomatauama is able to run in the upcoming by-election.

The decision was handed down by Justice Fepuleai Ameperosa Roma and Justice Niava Mata Tuatagaloa. The judgment found Aiono guilty of all five charges of bribery filed against him.

“Therefore the Parliamentary seat for the A’ana Alofi No.2 Constituency is declared void and A’ana Alofi No.2 will go back to by-elections,” said Justice Fepuleai Roma to a packed courtroom of supporters from both sides.

Son of former Speaker Toleafoa Faafisi, Aiono had won the seat with 520 votes at the April 9th general election while Lolomatauama came second with 292 votes in a five-candidate race where the other three were all HRPP.

The Court found Aiono had given out money to voters during a meeting of 6 April 2021. The Court was also satisfied that he had bribed an elderly of Fasito’o-Uta also in April 2021.

Outside court, Lolomatauama was in tears as she acknowledged the support of her village, Fasito’o-Uta, her family, friends and especially the FAST Party whom she said were behind her, praying for this case. 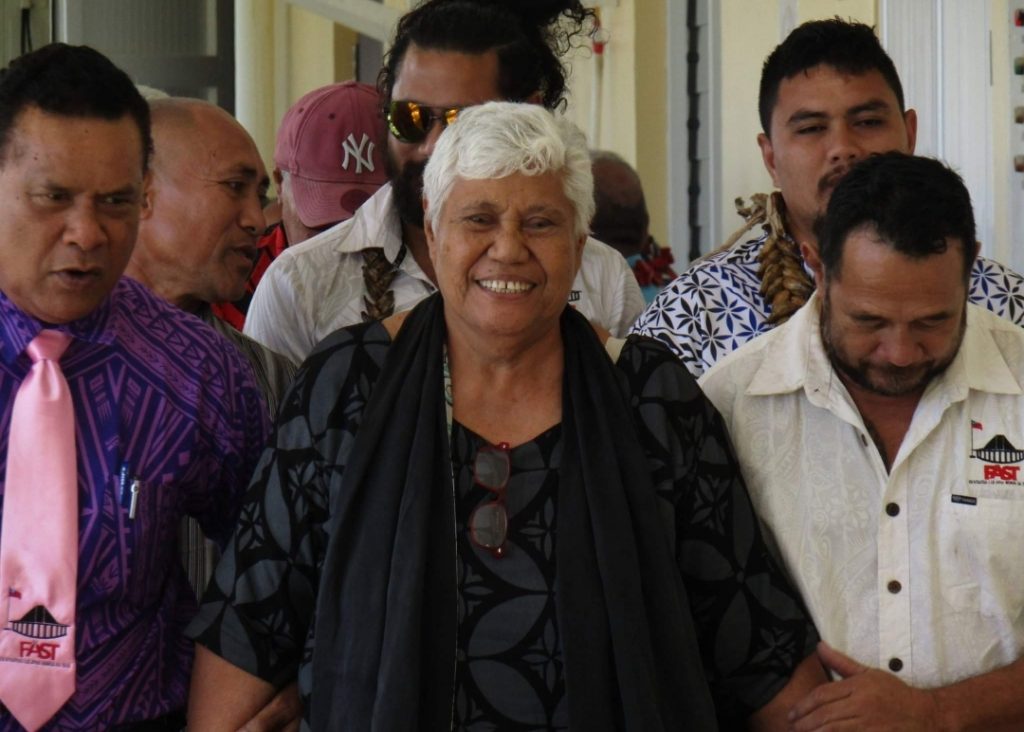 “I thank you all for the support and the decision today is the answer from God, so let’s all rejoice,” Lolomatauama said.

The case finally proceeded to a heating after failed attempts to settle out of Court.

Lolomatauama refused to give in on her stance that she would only withdraw her petition, if Aiono resigned as MP.