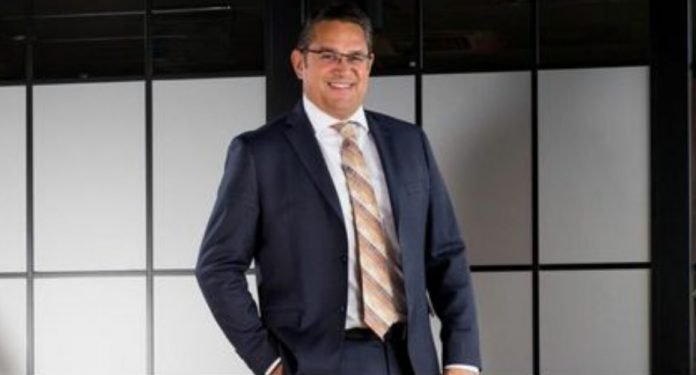 Senior partner of McCaw Lewis law firm in New Zealand, Mr Aidan Warren has been appointed Judge of the Māori Land Court and Member of the Waitangi Tribunal.

The Directors of McCaw Lewis in an announcement issued this week aknowledged Aidan’s 21 years of leading the firm as Managing Director.

“His leadership saw the firm through a period of growth and change which has placed the firm in great stead going forward.. Throughout his time at the firm, Aidan has had the support of his wife, Justice Tafaoimalo Tologata Leilani Tuala-Warren, their children, Tatiana, Phillip, Mahinārangi and Misiviliamu and wider whānau;

“The appointment reflects his notable service to the law, to iwi, hapū and whānau, and to te ao Māori generally”, states the firm’s announcement.

Responding to questions from Samoa Global News Mr Warren says he is humbled by the calling and thanked God for his blessings. Mr Warren also makes special mention of the late Dr Tuala Misi Tuala, his father-in-law.

“It is with humble gratitude that I take up this new calling to one of the oldest courts in Aotearoa New Zealand;

“It is times like this that one gets to publicly acknowledge all of those who have provided insurmountable support, and in this respect I firstly thank God for his blessings; and acknowledge my parents, my wife, Leilani Tuala-Warren, my children and the wider whānau. This includes the late Dr Misi Tuala, my mother-in-law, Aruna, and brothers-in-law, Alvin, Siaki and Dida.”

Aidan hails from Takapau in southern Hawkes Bay and has whakapapa to Rangitāne, Ngāti Kahungunu and Ngāi Tai.  He studied at the University of Waikato where he graduated with a Master of Laws in 2000, having already been hired by McCaw Lewis Chapman.

He commenced his career in the firm’s litigation team carrying out a combination of criminal, civil dispute, Māori land and Waitangi Tribunal work.

After several years, Aidan chose to focus on Waitangi Tribunal matters and assist his own iwi, Rangitāne, with the prosecution of their claims against the Crown through to settlement in recent years.  Aidan has worked with clients across the country in Māori land, Treaty settlement and resource management matters.

Aidan also has a strong reputation as a Mediator and Facilitator of disputes both in New Zealand and Samoa.

Mr Warren had often traveled to Samoa over the years, by special request of parties in dispute as their preferred Mediator.

In response to questions, Judge Aidan Warren shares with us about the Māori Land Court and Waitangi Tribunal.

The Māori Land Court is a specialist court that has its origins in the 1860s, when it was established to transform customary land into freehold land to enable its alienation from Māori.

As the statistics show, it was highly successful with 95% of all land now being out of Māori ownership.

The 2021 version of the Court seeks to assist Māori landowners in the retention and development of their land, as well as having roles in Māori fisheries, aquaculture, representation claims and the establishment of trusts.

Judges of the Māori Land Court are appointed to preside over matters in the Cook Islands, Tuvalu and Niue in regards to general jurisdiction matters (including civil and criminal).