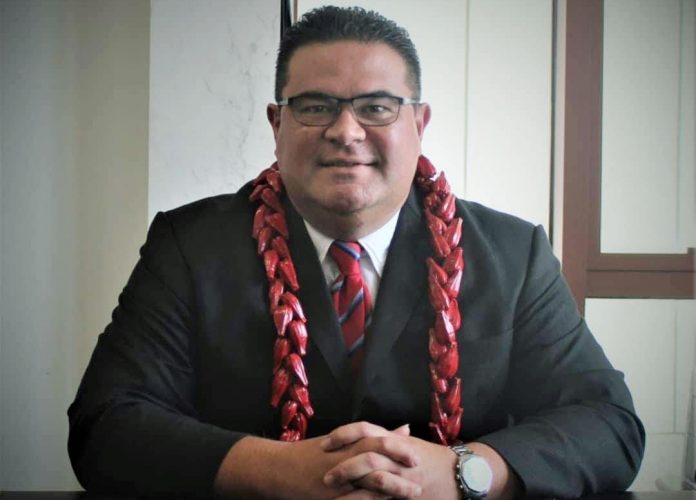 Hosted by the Samoa Attorney General’s Office the initiative brings together members of the judiciary from across the Pacific, senior lawyers and law enforcement officials.

In an interview with Samoa Global News AG Lemalu Hermann Retzlaff said the aim for the initiative is to help witnesses, victims and complainants that go to Court by allowing the lawyers to apply for special relief measures to support them during Court proceedings.

He said that if victims do not show up to their court cases, matters end up being dismissed or withdrawn.

“It is important to protect our people from this type of offending because there are times when victims are reluctant to come to Court which often leads to matters being withdrawn;

“The concern is that if such matters are not dealt with in Court, reoffending could lead to serious harm to the victims of violence;

“So we want to ensure that any cases before the Court are heard and dealt with to completion,” added the Attorney General.

The initiative taken by PILON also focuses on how victims should understand that there is a way for them to give evidence without coming face to face with the defendant.

Lemalu said that this would give victims the freedom to speak freely in a less stressful environment, if they dont have to come face to face with the defendant.

“We can apply to the Court if it’s a young lady, she wouldn’t have to come in to the courtroom to give evidence but instead stay in another room and have a support person there; they are not allowed to talk to her but she comes on a screen where the judge can see her, the defendant can see her and the defendant’s lawyer still gets to ask questions and cross examine;

“It also allows us to call the victim, but not face to face with their abuser; and so the most basic protection is the screen, and the more advanced protection is when they are on screen in Court, but actually sitting in a different room;

“That allows them to give evidence without having to see the defendant because sometimes with these hard cases the defendant and the victim are related.

“We believe the evidence the young person gives will be better because the stress level is low, so those are the foundations for this training.”

Lemalu believes Samoa is already there in terms of special measures and resources to help victims give evidence.

“We are pretty much there, the main court rooms have CCTV now and the AG’s office have been granted applications for young witnesses to give evidence through CCTV, so we are on our way there;

“But it’s the variation across the Pacific, some countries like Samoa already have the law but are only just starting to learn how to really move on implementing it;

“But other Pacific countries don’t even have laws to allow for such applications so this platform provides training and capacity building so that everyone in the region starts to do it.”

The conference has been held at the Tanoa Tusitala since Monday and ends today.