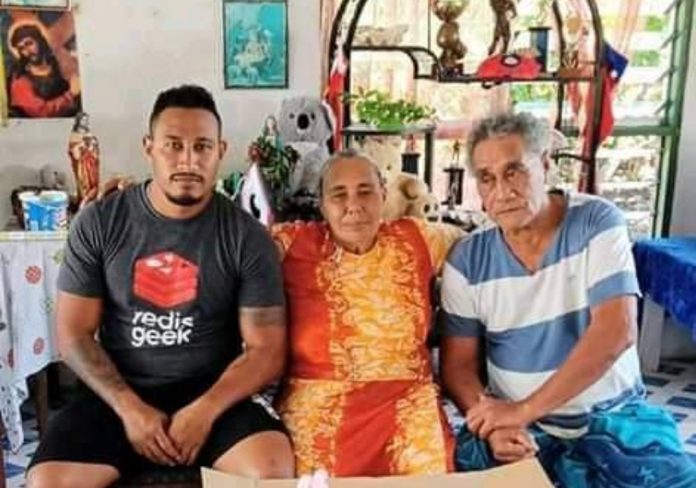 16 July 2019 Pacific Games Apia Samoa. The Samoan boxing team start today with the first bout by team captain Hugo Fata from Afega who says that his parents are his main motivation to do well as a national representative of Samoa.

Son of Fata Kelepi Ma’auga from Afega and Malia Fata Kelepi from Vaimoso, the veteran was 21 years old when he boxed for Samoa in the 2007 Games, where he beat a Tahitian to win the Gold medal in the 69kg division.

In the 2015 Pacific Games in Papua New Guinea, Hugo won the Silver medal in the 81kg division sucumbing to New Caledonia in the final.

This time the Vaiala Blackie rugby team member is fighting in the 91kg division facing a Solomon Island boxer this morning at Don Bosco Hall, Salelologa.

Hugo is the youngest in a family of 4 brothers ans 2 sisters and there are many good wishes from his older siblings who live overseas.

Hugo Fata told Samoa Global News that compared to previous Pacific Games and Mini Games he has boxed in, this has been the best preparation Samoa has ever had.

“Going to China has really taken our preparations to another level. We are really well prepared. The team is one heart and one spirit.”

The team captain says that when they left for China he was playing rugby and weighed 102 kgs but after training in China for 3 months, he is now 85kgs.

He also said that boxing was very different from rugby because when you mess up in boxing, there is no one to blame but yourself.  In a team sport like rugby, you can share the blame with all the other players.

The Samoan boxing team is made up of 1 woman and 8 men. Our lone woman boxer Fa’asu Loia is trained by Heavy Weight boxer David Tua and will go straight into the semi finals on Thursday.

Book now to travel to Savaii and join the excitement.