FAST party leader Laaulialemalietoa Leuatea Polataivao Schmidt has called for peace amongst political supporters after a special motion was carried in Parliament accusing the four non-HRPP MPs of being absent without proper cause, and acts described as ‘treasonous’.

The Prime Minister put forth the motion just before the 16th Parliament of Samoa closed its final sitting to mark the end of the 5-year term before general elections set for next month.

The motion was for the set up of a special commission of inquiry to investigate acts described as “treasonous” and “unapproved absenteeism” by Hon Laaulialemalietoa Leuatea Polataivao Schmidt, Hon Fiame Naomi Mataafa, Olo Fiti Vaai and Faumuina Leatinuu Wayne Fong. 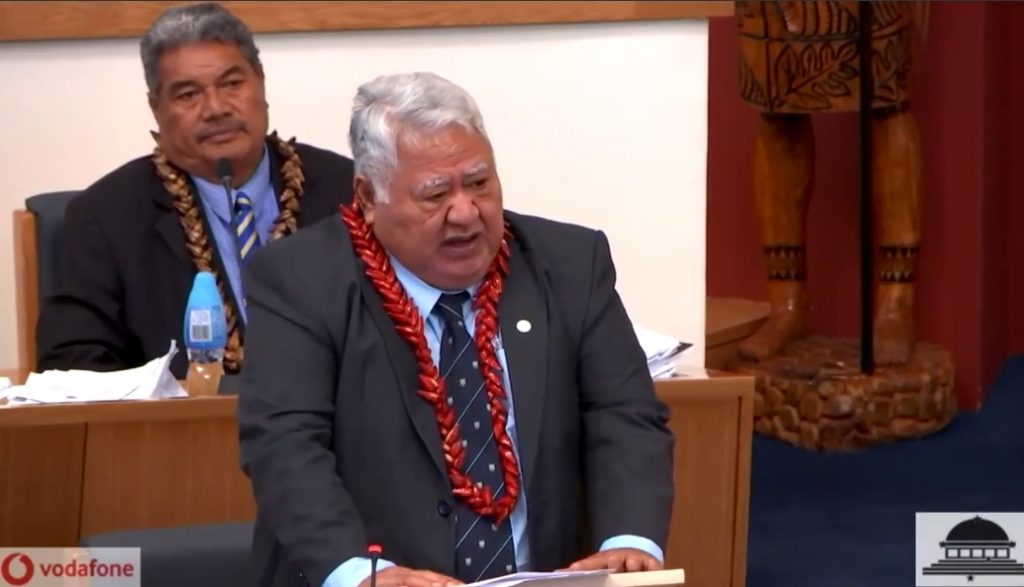 “The main purpose of this motion is to return Parliament to its proper glory, which has been gravely affected by the behaviour of four members, as seen towards the end of this Parliamentary term..” said Tuilapa before he read out the charges, made under S65(0) of standing orders.

The accusations read out in Parliament were for being absent without permission, not attending Parliament for the purpose of political campaigning, and being absent for parts of a day’s sitting..

Laauli tried to seek permission to address Parliament after the motion was carried but was denied. The Speaker of House pleaded with Laauli, that these types of motions were not meant to be debated.

“We will be here for another two days if I grant permission for this to be debated,” said the Speaker.

Outside Parliament, Samoa’s former Speaker of the House and Minister of Agriculture Laaulialemalietoa, with former Deputy Prime Minister Fiame Naomi Mataafa by his side, called for peace and urged political supporters to remain calm.

Laauli said they had far expected this to be the way Parliament would end for this term, but called for their supporters, families and villages to stand firm in the Lord as they navigate the latest move by the ruling HRPP party.

The motion nominates a special commission of inquiry to investigate the allegations towards the four MPs and to report back to the 17th Parliament of Samoa, after General elections.

The Commission of Inquiry is to be made up of a retired judge, the Ombudsman, and an independent senior lawyer.

The FAST party last night called a press conference at 12pm this afternoon to discuss the latest developments as Samoa prepares for general elections.

A special ceremony attended by the Head of State is scheduked for 10am this morning to officially close the 16th Parliament of Samoa.