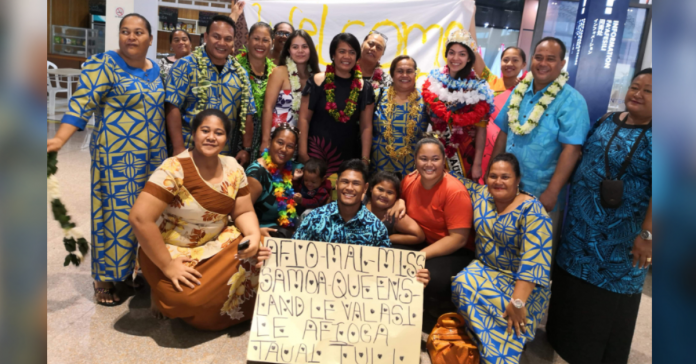 28 August 2019, Apia Samoa. Miss Samoa Australia was greeted by family, friends and supporters who waited at the airport with welcoming banners as she arrived on the Samoa Airways direct flight from Brisbane yesterday morning.

“We were welcomed by the Toala and Asiata family of her grandmother, Mrs Fealofani Toala Liaita, Pastor Vairaki of Manumalo Baptist Church in Salelologa and a group of Salelologa Baptist Primary School teachers.”

“We were also blessed to be welcomed at the airport by the MP for Falelatai and Samatau, Taefu Levi and his lovely wife Mrs Vagaga Taefu,”

“It was beautiful to arrive home and feel the warm support of family for Schekinah,” added Toaloina. 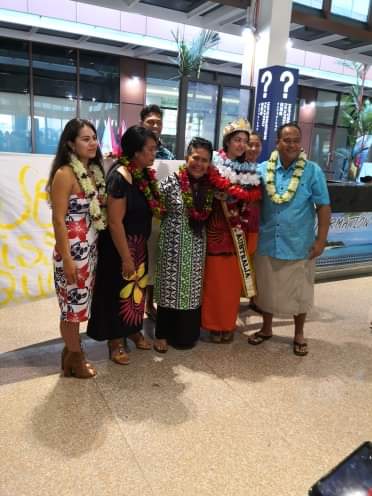 Ms Hadfield-Toala’s proud grandmother is a teacher at the Salelologa Baptist Primary School.

Miss Samoa Australia is currently studying Criminology at Griffith University in Brisbane. The 18 year old is the third youngest of 5 children and says she is excited and proud to represent the Samoan community in Australia.

The delegation are staying at the Hotel Millennia who are major sponsors of Miss Samoa Australia.