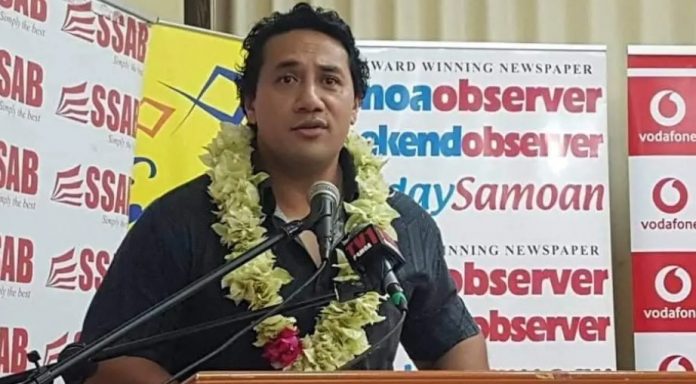 “Mari, how would you save the world?”

This was always Mataafa Keni Lesa’s question to me, every morning during our editorial meetings.

By the question he means, what stories did I have in mind for that day.. that would make a difference to the lives of people, and be important enough for the front page of the next edition.

During my eight years with the Samoa Observer (2004 – 2012) Mataafa was a role model for all of us reporters.

He was an editor who would stand up for his reporters, especially when we were faced with the many dilemmas and inherent risks that came with the nature of the work.

Back around 2008, there were times when only the two of us would work to put together an edition, and in those pressured times, I would marvel at his leadership, dedication and commitment to get Samoa’s daily newspaper out on time.

An unforgettable memory of working with Mata’afa was when the 2009 tsunami hit the Aleipata and Falealili Districts.

When we arrived minutes apart into the office that morning after the earthquake.

Mataafa and I loaded up into a brown tuscon and headed out to take photos and cover the affected areas of the tsunami.

We started at Poutasi. We were the first media to arrive into the destruction and devastation.

Mata’afa immediately went into first responder mode, and our work vehicle became a make shift ambulance as he helped to take the wounded and many already deceased, to nearby district hospitals.

We didn’t finish work until 3am the next morning, as we returned to Apia quite late, and switched back to reporter mode to put together the special tsunami edition for our readers.

Mata’afa encouraged me to think outside the box, and to never be afraid to report the truth and what is right, even if it meant being unpopular or having people hate me for it.

As a work colleague, he was known to us a man who loved his wife and his two baby girls, both very young at the time.

He would always share a story of admiration about his babies, openly telling us that he loves his wife, during some of our editorial meetings.

Mata’afa inspired me to be a better journalist. He taught and encouraged us to do better.

“The sky is the limit”, he would say.

I know many reporters who worked under his leadership share fond memories of his work ethic and teachable moments.

May God Bless you and the family. Thank you for the memories.

Stanley and Ulugia Convicted of Actual Bodily Harm and Ordered to Pay Fines, Noone Responsible for Death of 20 Year Old