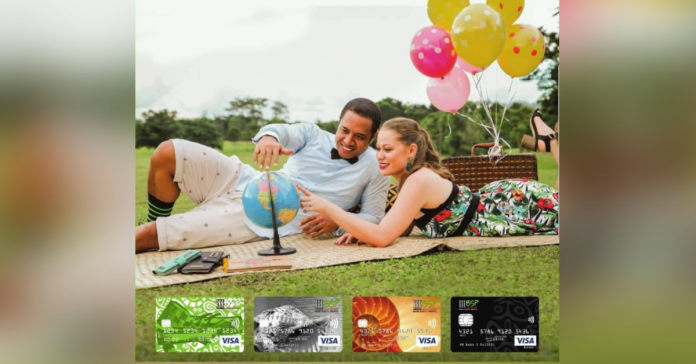 Bank South Pacific Visa Debit card users in Samoa will now be issued cards that come equipped with chips on them.

The EMV Europay, Mastercard and Visa chip is a global standard for cards equipped with computer chips as advanced technology to authenticate card transactions.

This new enhancement will be implemented, to counter and protect customers and the bank against security breaches and counterfeit card fraud.

“It’s used worldwide and is an important step forward for BSP.”

EMV-enabled cards offer several benefits over the current magnetic-stripe cards. The chip cards will have a small, metallic square you will see on new BSP Visa Debit Cards. That is a computer chip, and it is what sets it apart from the rest of the cards.

“Whoever accesses that data gains the sensitive card and cardholder information necessary to make purchases;

“If someone copies a mag stripe, they can easily replicate that data over and over again because it doesn’t change. Unlike magnetic-stripe cards, every time an EMV card is used for payment, the card chip creates a unique transaction code that can only be used once,”

“If a hacker stole the chip information from one specific point of sale, typical card duplication would never work because the stolen transaction number created in that instance cannot be used again and so the card would just get denied, “ she further added.

For many countries in the world, fraudsters have shied away from countries that have already transitioned to EMV cards, however, this has increased exposure for card users and issuers in countries like Samoa who still use the magnetic stripe cards,” said Mr Fleming. 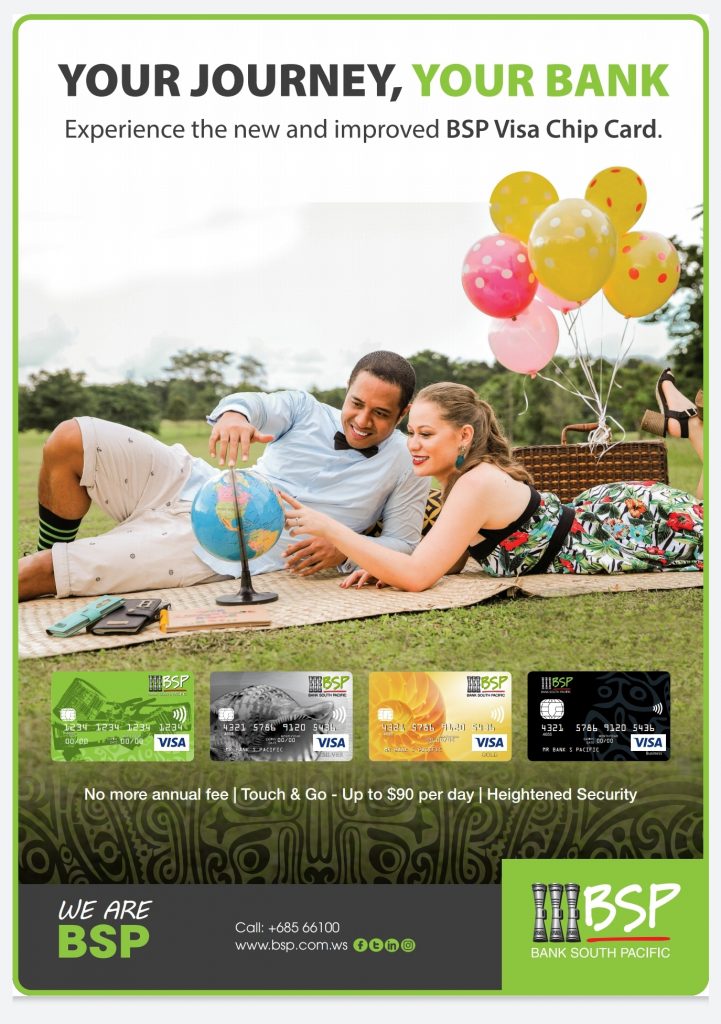 For more information, call the BSP Customer Service Centre on 66100 or Email:bspsamoa@bsp.com.pg. 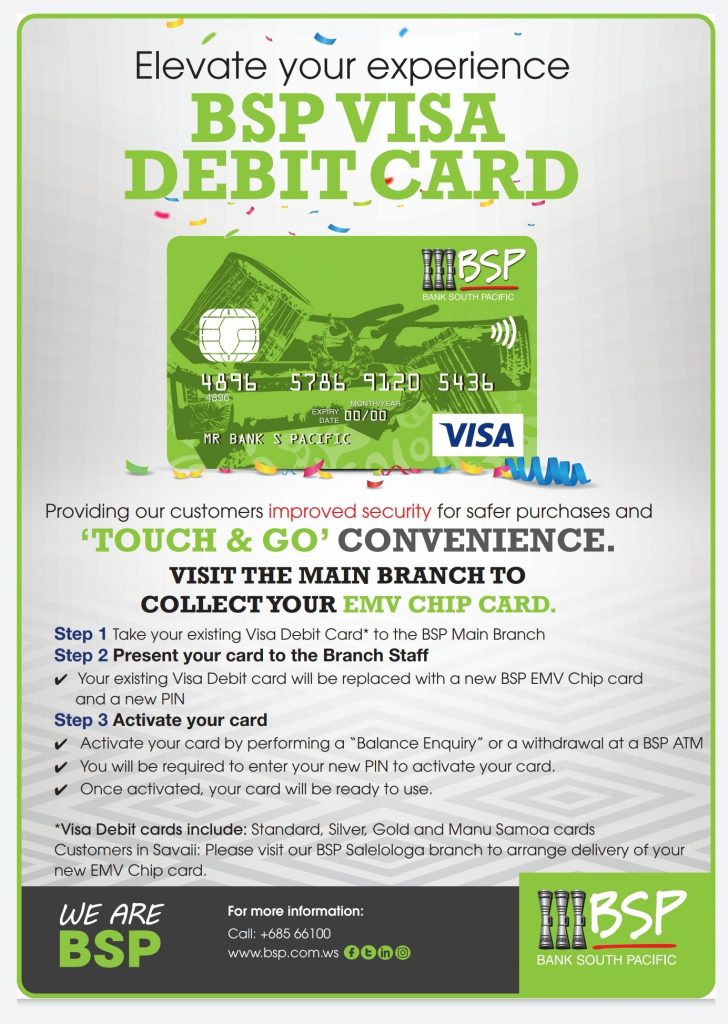