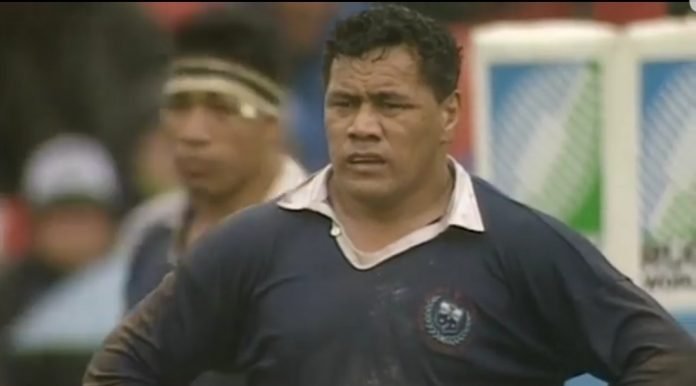 The late Papaliitele Peter “Fats” Fatialofa has been inducted into the World Rugby Hall of Fame tonight, just three days before the 6-year anniversary of his passing on the 6th of November 2013.

Fats is the World Rugby Hall of Fame Inductee No. 146 and the one-page tribute card outlines just a small part of Papaliitele Pater Fatialofa’s illustrious career in rugby, business and amongst the community in New Zealand and Samoa.

“A prouder individual never wore the Samoan Jersey than the man affectionately known in rugby circles as Fats”, reads the World Rugby tribute.

Samoa’s rugby team has not been able to move past the pool stages of a rugby world cup since the era that was captained by Papaliitele in the back-to-back quarter finals of 1991 and 1995.

The all-action prop captained the Manu Samoa to a historical breakthrough win against Wales on their Rugby World Cup debut in 1991, shocking their hosts and the rest of the world with a 16-13 victory in which Fats gave the final pass for Sila Vaifale’s match-winning try.

The World Ruby Induction sheet also refers to the larger than life character of Papaliitele.

“A fun-loving character who lived life to the full. Fatialofa was a hugely influential role model for Polynesian players..” 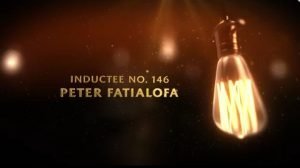 “He was a cornerstone of the Auckland pack that held the Ranfurly Shield from 1985-1993 and stalwart of the Ponsonby Club.”

“After retiring with 34 caps to his name, the gentle giant worked as a director of his family-owned piano and furniture moving business, and was coaching the Samoan women’s rugby team when he died of a heart attack, aged just 54, in November 2013.” 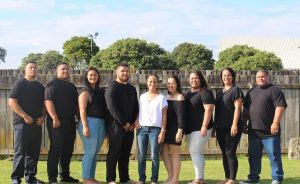 The Manu Samoa rugby Captain has left his mark on the international rugby community and the hearts of the Samoan people, and people across the globe.

World Rugby Chairman and Hall of Fame inductee Sir Bill Beaumont said: “Our beloved game of rugby would not be what it is today without the contributions of remarkable trailblazers, who form the World Rugby Hall of Fame. They are players and coaches, true legends of the game that have embodied our values and will continue to inspire generations to come.”