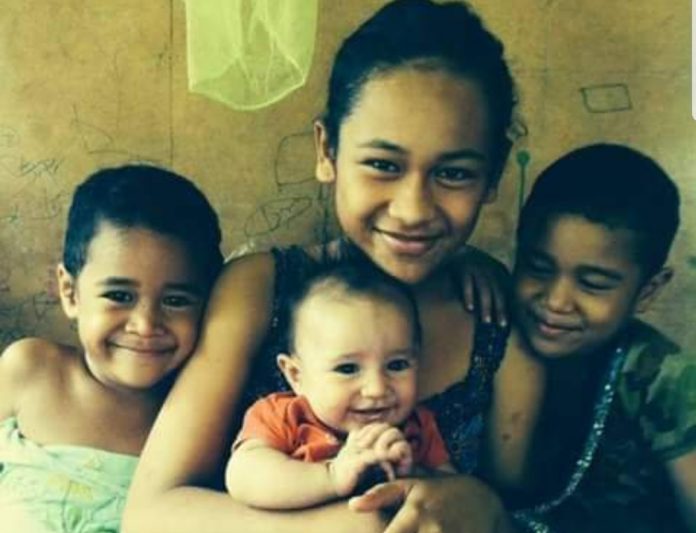 “I can’t sleep at night. Everytime I close my eyes I see her little face and I start to cry. I miss her so much and when I remember our 1 week and 2 days of pain in the hospital, watching her lying hopeless on the bed, fighting for her life 😭 I cry myself to sleep”.

Nuu Faailo Lameko is one of more than 40 parents who have had to bury a child as Samoa struggles to contain the measles outbreak declared over 6 weeks ago in October.

The Ministry of Health has called on parents to seek immediate medical advice for babies under 12 months old, as soon as they show symptoms such as fever.

Nuu Lameko, however, was turned away three times before she was finally admitted on their 4th visit to Motootua.

“I took her in as soon as she had a fever and coughing. I started taking her in on Monday 11th, they gave prescriptions for panadol and amoxillan;

“I took Mina back on Wednesay 13th and they gave us the same medication”.

“On Thursday I took her in again and we were given a different medication on that day, still panadols but this time augmentin was prescribed.”

Baby Lemina was finally admitted on Friday the 15th of November when Nuu was then told that the right side of her baby’s chest had contracted pneumonia.

“From our visits on Monday, Wednesday and Thursday they still prescribed medication and let us go home but on Friday when we went back showing them rashes, the doctor said she’s gonna have an x-ray and then said she’s gonna be admitted because she has severe pneumonia.”

In her pain Nuu said she did not want to lay blame and wss thankful to the hard working health care workers at Motootua.

“It’s not like I’m blaming anyone it’s just that I wish the doctor told me straight away, and I’m so envious of parents who say that they took their babies in and got admitted early;

“I take my hat off to the hard and tiring work of our doctors and nurses I’ve seen it up close;

“But just a little advice for the doctors, no matter how hard and difficult the case is, just let the family know what the condition of their patient is please.”

“She spent the night there but then on Sunday 17th November, in the morning around 10am, she was transferred back again to our hospital ICU ward.”

With tears Nuu shares how she held her baby girl’s hand as she took her last breath.

“She had such a big personality and a strong character always determined when she wanted to take something off her older siblings;

“So with that same determination, we could see how she was fighting for her life in the hospital for over a week,”

“I watched my baby girl take her last breath in the ICU at 10.15am on Sunday 22nd November, almost at the same time she was transferred there from the tent on the Sunday before.”

The 35-year-old solo mom says the pain is sometimes unbearable but she has to quickly snap out of it and gather herself for the sake of her other four children.

“But I know I have to be strong for my older kids. My children especially my daughter Fanaafi misses her baby sister so much.”

Nuu has one son, Byron who is 14 and the eldest followed by Valerie who is 13. Then Davina is 6 and 5-year-old Fanaafi was the most excited when Mina was born.

“Fanaafi, my family would call her the kamai failele because everytime she would carry Mina around everywhere,”

Born 27 December 2018, and named after her spiritual mother, faletua Lemina Toia who serves at Tanugamanono EFKS with Reverand Poasa Toia, Mina died a month away from her first birthday.

“She knew it was Sunday when I would dress her into her church dress, she always gets excited and cries pe a kuai ga sauni lona ofu,” shares her mother.

“Everyone in my village knew Mina becauae I wouldn’t go anywhere without her.” 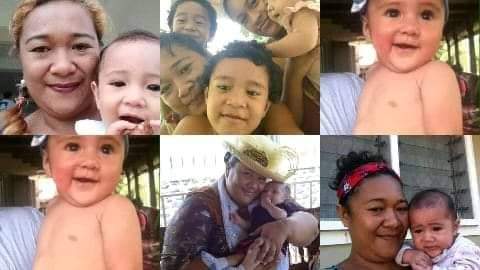