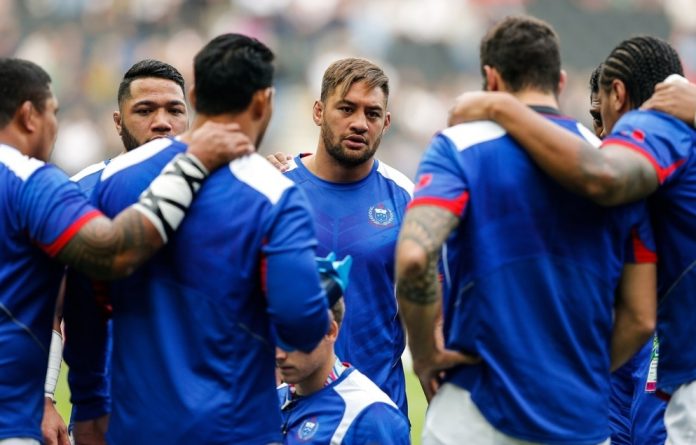 05 September 2019, Sydney Australia. Steve Jackson has selected a mobile pack, a strong loose forward trio and an experienced bench to take on the Australian Wallabies tomorrow.

The Australian test is Samoa’s only match against a Tier 1 nation in their Rugby World Cup preparations and with two weeks to go, the team announced yesterday is a glimpse of Manu Samoa’s best available side as the team heads into their last hit-out before the first RWC begins.

Samoa Global News writers highlight the Manu Samoa line-up for tomorrow’s test and invite fans to share their own thoughts and insights about the national team.

Unfortunately with Australia not naming Allan Alaalatoa in their 23-man squad, Samoa fans will not be able to see our very own Alaalatoa, Michael, go up against his brother, Brumbies prop Allan Alalaatoa.

Loose Forward Trio.
With Tofatuimoana Solia not making the RWC squad, Afaesetiti Amosa will start at No 8. The hard-hitting, strong ball-carrying loosie debuted in the match against Tonga at Apia Park a few weeks ago and looks set to take on a leading role for Samoa’s RWC campaign.

Josh Tyrell drops to the bench while hitman TJ Ioane is promoted to the starting XV to cover the blind side.

Jack Lam will captain from the openside flanker position. With over 30 caps for Samoa since 2013, the veteran flanker looks set to captain the Manu Samoa into the world cup.

Hooker Seilala Lam seems to be on the bench as a reserve loose forward this week. Last weekend Jackson had front rower Logovii Mulipola come off the bench as a No.8.

Meanwhile loose forwards Chris Vui and Piula Faasalele continue to nurse injuries, but according to Manu Samoa management, both loosies will be fully recovered before the Rugby World Cup starts.

Inside Backs.
Scott Malolua at halfback and Tusiata Pisi at first five-eight will be Manu Samoa’s game drivers this week in Parramatta. Malolua is playing his 2nd game for Samoa and Tusi Pisi will be looking to prove his critics wrong as Steve Jackson hands him the “keys to the kingdom” once again, despite public opinion.

AJ Alatimu and Dwayne Polataivao are their respective reserves while recent debutant Ulupano ‘UJ’ Seuteni and Melani Matavao sit this one out in a team that Head Coach Steve Jackson says was difficult to select with every position tightly contested within the squad.

Midfield.
Predictably, Rey Lee-Lo and Alapati Leiua continue their strong combination in Samoa’s midfield. The pair have played for Samoa for the past 6 years and know each others tendencies well. They look to be Manu Samoa’s starting mid fielders for the RWC.

Outside Backs.
Despite scoring a double last weekend, Ah See Tuala has failed to maintain his starting position on the right wing with Belgium Tuatagaloa being named in the starting squad. Tim Nanai-Williams and speedster Ed Fidow hold on to their jerseys and will be Samoa’s first choice fullback and left wing.

Manu Samoa kicks off their RWC campaign on the 24th of September, facing Russia, Scotland, Japan and Ireland in Pool A.