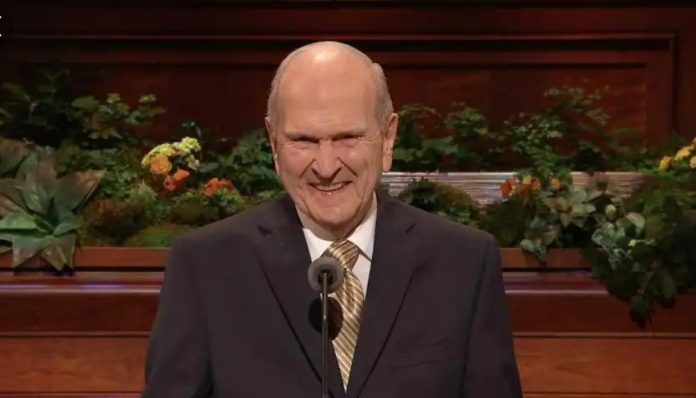 President Russell M. Nelson was sustained and set apart as the 17th president and prophet of The Church of Jesus Christ of Latter-day Saints on Sunday, January 14, 2018 in the upper room of the Salt Lake Temple.

Prior to his service as head of the Church, President Nelson served as president of the Quorum of the Twelve Apostles from July 15, 2015, until his call as the Church’s leader. He has served as a member of that quorum since April 7, 1984.

His professional work included the positions of research professor of surgery and director of the Thoracic Surgery Residency at the University of Utah and chairman of the Division of Thoracic Surgery at LDS Hospital in Salt Lake City.

Author of numerous publications and chapters in medical textbooks, President Nelson lectured and visited professionally throughout the United States and in many other nations prior to his call as a General Authority.

President Nelson has held numerous positions of responsibility in the Church. He served as stake president of the Bonneville Stake from 1964 to June, 1971, when he was called as general president of the Sunday School. Prior to his call to the Quorum of the Twelve, he was serving as a Regional Representative assigned to the Kearns Utah Region. He had previously served as Regional Representative for Brigham Young University.

Born September 9, 1924, President Nelson is the son of Marion C. and Edna Anderson Nelson. He and his wife, the former Dantzel White, have ten children. Sister Nelson passed away in February 2005. In April 2006, he married Wendy L. Watson.