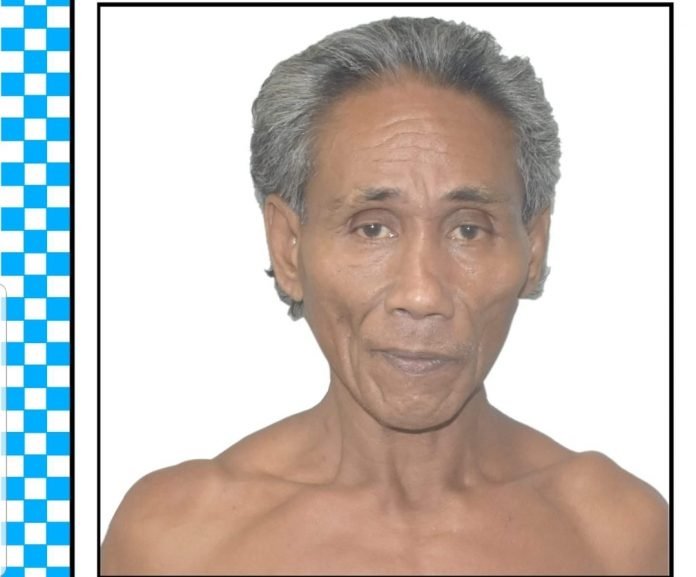 09 May 2019  Apia Samoa. A notice was issued by the Samoa Police Service (SPS) at 10.22pm last night to inform the public that a 59-year old prisoner had escaped from Tafaigata prison.

“The said prisoner escaped from Tanumalala site during prisoners daily activities around 5pm, Tuesday 7 May 2019.”

The SPS statement confirms that the escaped prisoner was serving time for possession of narcotics. 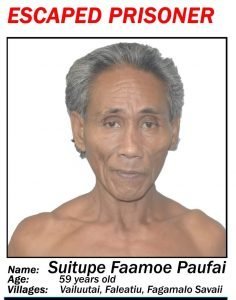 The SPS notice also states that they had only been informed by the Samoa Prison authorities yesterday afternoon.

“This afternoon the Samoa Police Service (SPS) was notified by the Samoa Prisons and Correctional Services (SPCS)  of one prisoner who has escaped from Tafaigata prison”, reads the public notice.

Last month two young men in custody awaiting Court hearings for theft had also escaped from the SPCS. The Samoa Police Service have since captured both Custodies.

In the meantime Pati Chong Nee also known as Sonny Chong Nee who escaped from Tafaigata prison in January is still at large.

Samoa Police Service have warned the public that Chong Nee is “armed and dangerous”.

“We ask members of the public to contact the police on phone number 22222 or contact any police station near you if you have any information of their whereabouts.”

“In support of SPCS, the SPS wishes to thank members of the public for their ongoing assistance.”