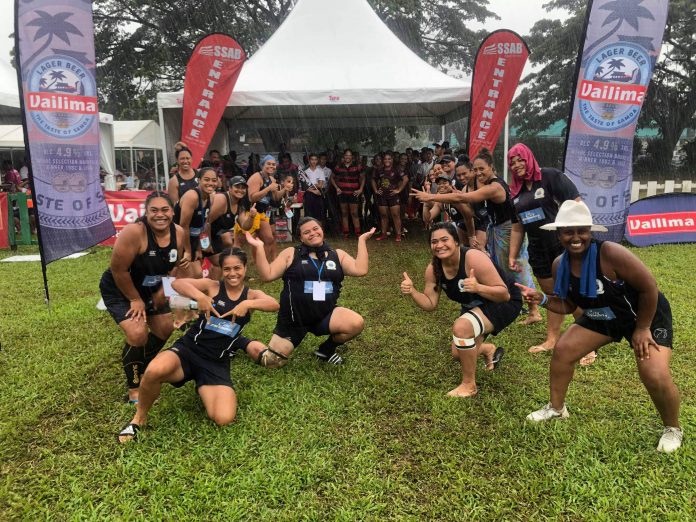 Girls rugby has yet to make a mark in our young female population and that is needed for the sport to be truly developed.

SRU is struggling to get the sport into schools and sport clubs in order to run a Samoa women’s rugby competition with 8 or more teams.

So far we have at least 6 teams that had been playing each other numerous times.

Could our culture be the major factor of preventing our women’s from playing rugby?

There is the safety issue with some who might say that Rugby as a contact sport and will cause a lot of injuries. But why don’t we say the same thing about the risk to young men being injured?

Well the seven teams at the Marist 7s women’s tournament has showcased women’s talents skills and toughness that proves to us women’s rugby is here to stay and the sleeping giant is about to be awakened.

It is a sport fit for our women and men need to step up or our women will be sure to take the spotlight of Samoa’s national sport.

TV Sport Commentators need to be educated to refrain from terms big fat women or skinny women when calling these games. TV1 crew need training on the gender issues because they are very insensitive.  These terms will never be mentioned when you are commentating on men’s rugby.

Samoa could have a better chance of making the top 10 in women’s world rankings in the 15s if we start putting money into women’s rugby.

Marist 7s should be once again congratulated for exposing our women’s rugby into this international platform as it will be the future of our rugby.