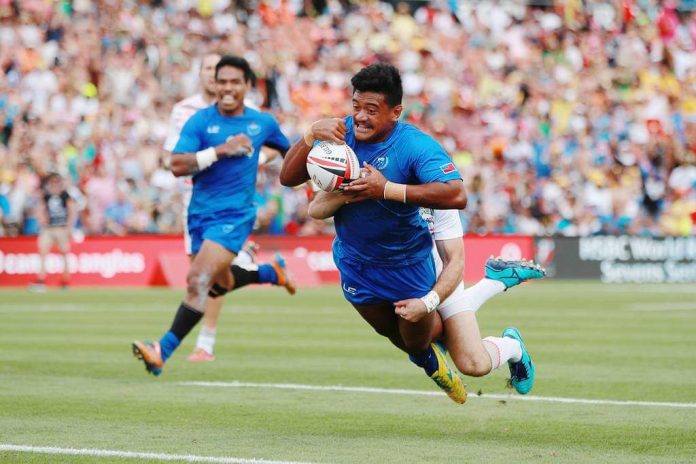 The Manu Samoa 7s team are 10th in the overall HSBC World Sevens series after finishing a disappointing 13th place at the Sydney 7s.

Samoa ended the Sydney 7s beating Tonga 25-5 in the 13th place playoff with Joe Perez securing a hat-trick while Tupou and Alofipo scored the other 2 tries against Pacific rivals.

It was an inconsistent result for Manu Sevens after a strong perfirmance finishing sixth at the Hamilton 7s the weekend before. Manu Samoa has narrowly lost to Scotland 19-24 in a close Plate Final.

After the Syndey leg, Samoa 7s is now ranked 10th place in the HSBC World Sevens Series with 30 points. New Zealand share the lead with USA on 76 points each while Fiji trails closely at 3rd place with 72 points.