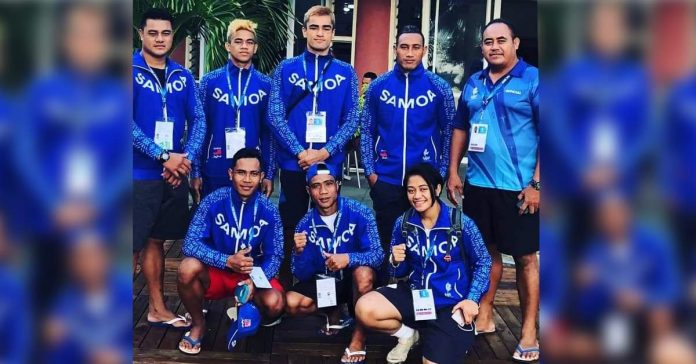 Our bronze medalist was Alai Fa’auila.

Our female boxer Fa’aasu went up against Heiura Nena of French Polynesian in the 69-75 kg in the Woemn’s Middle Weight division.

In an interview with Radio Samoa, the Head Trainer of Samoa Boxing Tavui Mike Lemisio acknowledged the support of the  country as well as the parents, church ministers and village elders who have been cheering them on and uplifting their team in prayer while their children faced the challenges of preparing for the Pacific Games.

Tavu’i added, that this team of local boxers were the same team who travelled and stayed in China for 3 months to train. He said the time in China benefited the local boxers in so many ways.

Tavu’i returned the praises to God and thanked the nation for the prayers and support.

Asked what’s next Tavu’i said the team will be preparing for the Olympic qualifiers held in Japan in September.