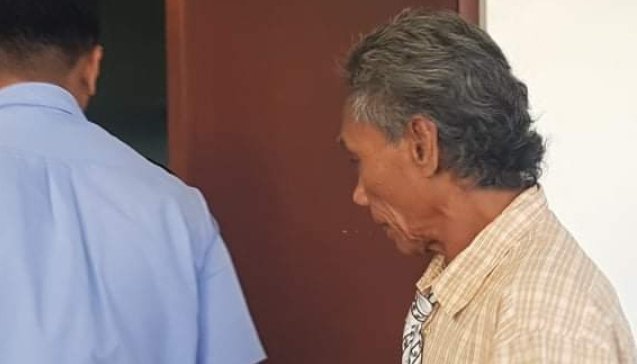 The 60-year-old was only brought back into custody by prison officers when his own family had called authorities to turn him in last month.

He pleaded guilty to one charge of escaping prison and will return for sentencing by Judge Leota Raymond Schuster on the 17th April 2020.

On the 8th of May 2019, the Samoa Police Service facebook page published a notice to inform the public that the then 59-year old prisoner who was serving time for cannabis related charges, had escaped from Tanumalala while a group of prisoners were there to help clean up the new prison site.

“The said prisoner escaped from Tanumalala site during prisoners daily activities around 5pm, Tuesday 7 May 2019″, read the police notice.

Six months latet Suitupe was said to have been sighted during the $10 million tala drug bust of several farms at Falelauniu in November last year.

At the time, Police Commissioner Su’a Fuiavailiili Egon Keil confirmed that Suitupe Faamoe Paufai was one of two men who had escaped during the raids.

This is not the first time elderly man had escaped authorities and in Court this week, prosecution was unable to clarify the exact date or circumstances for Suitupe’s latest escape.

Pati Chong Nee was captured on camera in the act of an invasion robbery of the One-On-One shop at Vailoa in February last year where the owners reported over $60,000 tala cash was stolen.