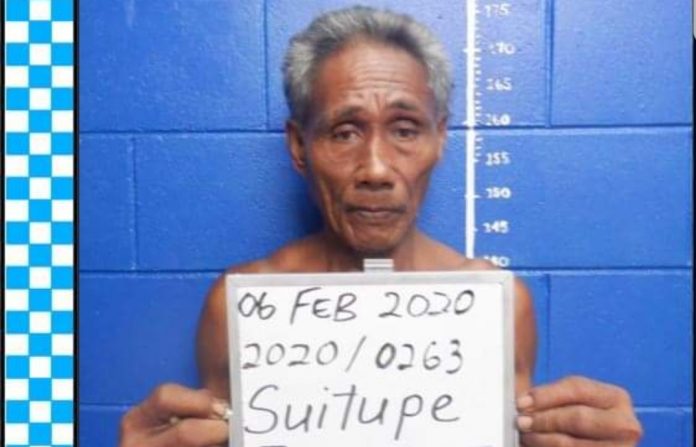 The Samoa Police Service were happy to inform the public through their social media page that 60 year old escaped prisoner Suitupe Fa’amoe had been captured yesterday and returned into custody.

Commissioner Keil did not give details of where Suitupe had been found, offering only that he was captured by the Samoa Prisons and Correction Services (SPCS) in the early hours of this morning.

“SPS acknowledges the support of the Samoa Prisons and Corrections Services (SPCS) and members of the public for the information that lead to his apprehension”.

Also known as Suitupe Faamoe Paufai, the elderly man was serving time for cannabis related charged over the years. He escaped from Tafaigata prison in May 2019 with another prisoner Pati Chong Nee who is still at large.

Escaped prisoner Pati Chong Nee was captured on camera in the act of an invasion robbery of the One-On-One shop at Vailoa in February last year where the owners reported over $60,000 tala cash was stolen.