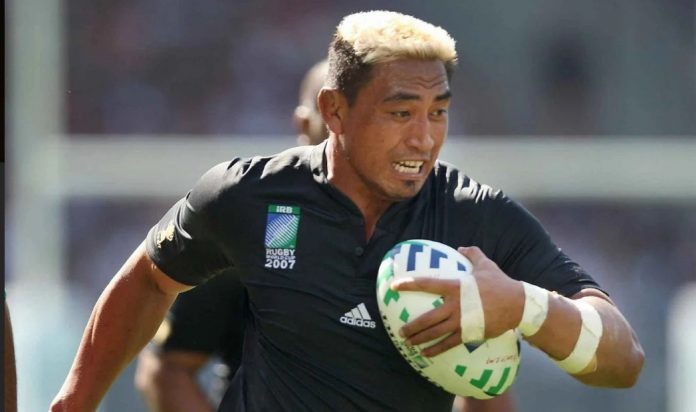 5th June 2015. Jerry Collins, (4 November 1980 – 5 June 2015) Samoan born All Black and his partner Alana Madill died tragically on the morning of 5th June 2015 when their car collided with a bus on the A9 autoroute near Béziers in southern France;  Alana believed to have fallen asleep at the wheel.

Jerry Collins was born in Samoa but grew up in his beloved hometown of Porirua. Porirua Park Stadium was officially renamed Jerry Collins Stadium on 25 March 2016 in his honour.

He made New Zealand Secondary Schools through his performance in the 1st XV side at St. Patrick’s in Wellington for three seasons running in 1996, 1997 and 1998 and was Player of the Tournament at the 1999 World Junior Championships (Under-19) which New Zealand won, before going on to become the first player from that team to be called up to the All Blacks in 2001.

After debuting for the All Blacks in 2001, Collins went on to play 48 test matches, scoring five tries. In June 2006, he captained the All Blacks in a one-off Test match against Argentina, where he led his team to a 25–19 victory in Buenos Aires becoming the 61st captain of the All Blacks. He was named as All Black captain 2007 Rugby World Cup matches against Portugal and Romania, standing in for regular captain Richie McCaw.

Collins retired from international rugby in May 2008.

After leaving the Hurricanes, Collins played for Toulon during the 2008-09 season, joining Sonny Bill Williams in the club’s aggressive recruitment drive. In May 2009, Collins agreed a two-year deal to join Welsh team Ospreys. He was Ospreys’ Players’ Player of the Year in the 09/10 season.

He then played for Yamaha Júbilo in the Top League in Japan, whom he joined at the beginning of the 2011 season. He last played for the classic All Blacks against Fiji in 2013, and he took 2014 off.

In January 2015, Collins signed a contract as a Medical Joker to play in the French ProD2 with Racing Club Narbonne. He was injury cover for Rocky Elsom.