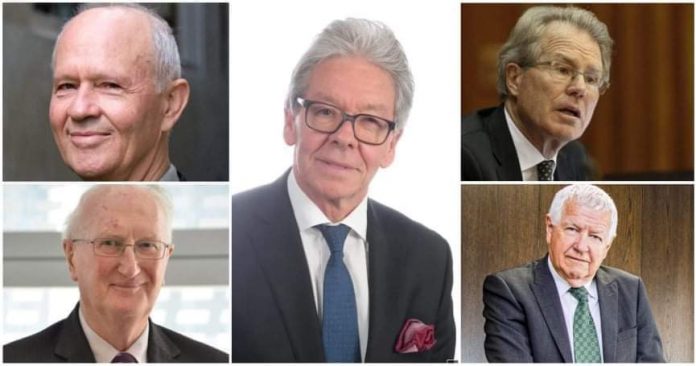 The Head of State of Samoa, on the advice of the Judicial Service Commission, conducted a swearing-in ceremony for five retired High Court judges of New Zealand, to be Acting Judges of the Supreme Court of Samoa for the next two years.

This was confirmed in a press statement issued on Friday night, signed by JSC Secretary and Registrar of the Supreme Court Ms Moliei Vaai.

The online swearing in ceremony is said to have taken place on Wednesday 11 August 2021 at the official residence of the Head of State at Vailele.

The press release also confirms the ceremony was attended by Samoa’s Chief Justice and President of the Court of Appeal, Satiu Simativa Perese together with Justice Vui Clarence Nelson and Justice Fepuleai Ameperosa Roma.

The Judicial Service Commission at its meeting of 4 August 2021 confirmed the appointment of the following High Court Judges of New Zealand as Acting Judges of the Supreme Court of Samoa for a period of 2 years:

On Wednesday, 11 August 2021 @ 11am, the above judges were sworn-in by His Highness the Head of State, Afioga Tuimalealiifano Vaaletoa Sualauvi II  during a ceremony via Video link held at the Head of State’s Official Residence at Vailele. The ceremony was attended by His Honourable Chief Justice Perese, Justice Nelson and Justice Roma.

The sworn judges are esteemed retired High Court Judges of New Zealand with relevant experience and knowledge to assist our local Bench. Their appointments are made to assist with the upcoming hearing of contempt cases before the Court and appeal cases before the Court of Appeal. The external oversight of judgment on these matters is paramount and it won’t be appropriate for local judges to deal with them.

These appointments are made pursuant to Article 69 of the Constitution.