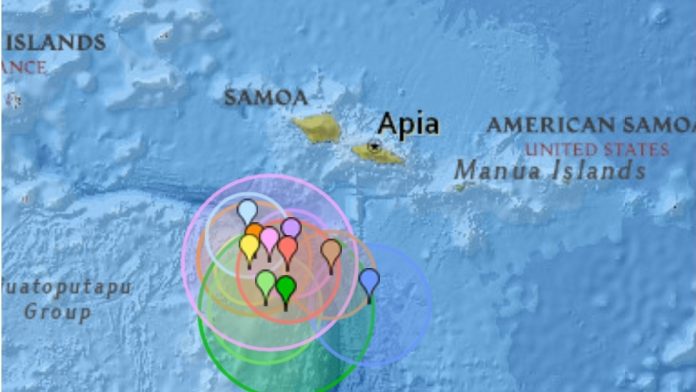 An earthquake was felt in Samoa just before 8am this Sunday morning.

The US Geological Survey has recorded it as a 5.2 magnitude earthquake 26 kilometres in depth, at a distance of 103 kilometres North North East of Hihifo,Tonga and 188 kilometres from Savaii.

Today’s earthquake is the 7th recorded near Samoa and Tonga in the past 30 days.

Twelve days ago two earthquakes were registered, 4.8 and 6.1 in magnitude on the Richter scale. The two were 88 km NNE of Hihifo, Tonga and 146 km North West of Pangai, Tonga respectively. Both were 10 km in depth.